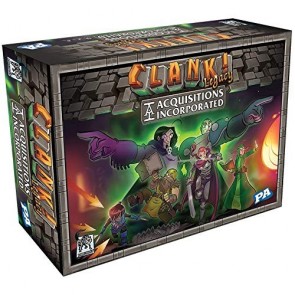 In Clank! Legacy: Acquisitions Incorporated, you're part of the greatest adventuring company in all of the planes - and you may just end up saving the world!

The 9-to-5 of adventuring can be a grind. Pesky gremlins, sinister vampires, and a giant dragon all stand between you and the treasure you so rightfully deserve. But you're not in it alone.

"This is the biggest year ever for Acquisitions Incorporated, and joining Dire Wolf to deliver a Legacy Clank! experience has tantalized me to my very core," said Jerry Holkins, co-founder of Penny Arcade, Child's Play, and PAX. "I'm probably gonna have to get a whole new core now. But I welcome it."

Found your own franchise of the legendary adventuring company Acquisitions Incorporated, and shepherd your fledgling treasure-hunters to immortal corporate glory. "We've wanted to turn Clank! into a legacy game pretty much since we took our first noisy steps into the dragon's dungeon," said Scott Martins, President of Dire Wolf Digital. "Getting behind the screen with the team at Penny Arcade to bring the Acquisitions Incorporated universe to life has been one hell of a fun adventure, and we can't wait to get it into the hands of Clank! players. (Watch out for Mimics!)"

In this Legacy game, you'll work with and against your co-adventurers through a 10+ game campaign. Your successes, failures, and choices will permanently affect the game and the world around you as your journey unfolds, resulting in a unique and fully replayable Clank! game. Clank! Legacy: Acquisitions Incorporated is a big box packed with everything a fledgling franchisee needs, including: 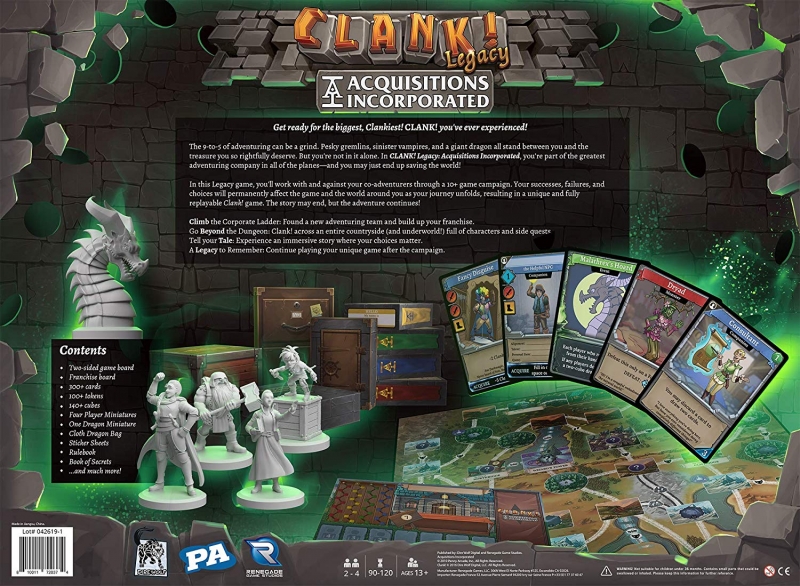