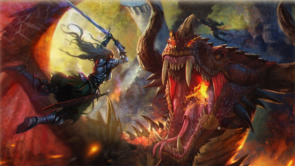 Game Name
Mage Knight
There Will Be Games

You fought loyally under the council of the Void during the wars to conquer the Atlantean Empire, but now you have been released to complete a new mission, which will require you to overcome several challenges, develop your power, and collect the experience necessary to achieve your goals.

Designed by Gianluca in 2020, “The Betrayal” is a fan-made 2 player (or solo) campaign for Wizkids’ Mage Knight. Set in the rich Mage Knight Universe, this variant brings 7 new scenarios, “chained” by a storyline that creates a unique progressive story through the games. As in every campaign game, the characters are influenced by the previous scenario they have encountered, carrying the improvements (and loses) players have experienced in the last games.

All scenarios have a similar structure: a background story, the mission you must accomplish, and possible endings, where in some you win, and others you lose. While there aren’t many new rules or features, what makes this variant(s) so unique is the amount of depth each scenario has installed within it.

Mage Knight is known as a complicated, heavy weight board game (4.31/5 on BGG, and 4.9/5 on ThisIsFanMade), but because of the immersive depth of the universe it is set in, we choose to set aside the headache of keeping up with all the information. Gianluca has managed, and quite cleverly, to uphold this unique board game style by extending the universe even further. As you play, you’ll come across familiar events, and witness how the world unfolds from a different angle.

All scenarios and rules are available at Mage Knight: The Betrayal.

jason10mm replied the topic: #321276 26 Mar 2021 09:07
Sounds interesting. Alas that Fanmade site requires an account just to see the product. I wonder how it accounts for the expansions, always a tricky proposition when deciding on this kind of project for what must be an OOP game at this point.