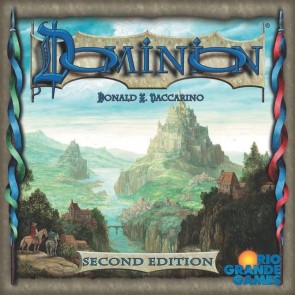 Dominion is one of our favorite games, exactly because its cards are generally very well balanced. Nevertheless, some cards are stronger than others. This is our list of the best Dominion cards. 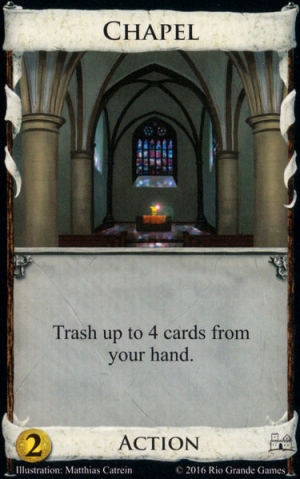 Chapel is easily the best card in Dominion. The card is truly crazy powerful. It has one of the strongest effects of all cards, letting you trash up to four cards in one turn. And it only costs two. This also means that you can always buy it during the first round, which is when it’s most powerful because your deck has the highest ratio of cards you want to trash.

In my opinion Chapel is one of the worst designed cards in Dominion. It’s so strong that you always buy it on your first turn, even if you have to overpay for it. Chapel also doesn’t require any skill to play well, which is a hallmark of well designed cards. 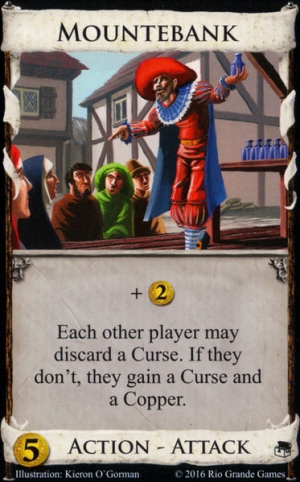 The effect of king’s court is obviously very powerful. That’s why it’s also expensive. And it’s pretty crazy to think that this 7 cost card actually does nothing unless you combine it with another action card.

But even at its cost it’s one of the best cards in Dominion. At least, given that you can combine it with other powerful cards, such as the ones in this list. When we played with all the cards from Dominion Prosperity at the same time, we found the combination of King’s Court and Mountebank to be unbeatable. But, in games without strong action cards, King’s court often isn’t worth the buy. 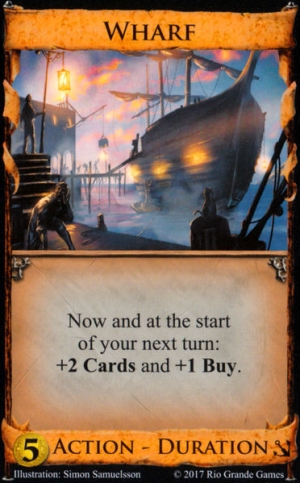 Wharf is a straightforwardly strong card from Dominion Seaside. It grants +2 cards and +1 buy both this turn and next turn. That’s +4 cards and +2 buy, and it only costs 5, which is a bargain. Most 5 cost cards give only +3 cards and an extra effect.

With Wharf you do need to keep in mind that it’s a durability card. Generally, being a durability card comes with the inherent weakness of getting drawn less (because they stay in play longer). But on the flip side, with Wharf you get a turn where you have +2 cards but you also still have your natural action. So Wharf is kind of like a non-terminal draw card, which is always incredibly strong in Dominion. 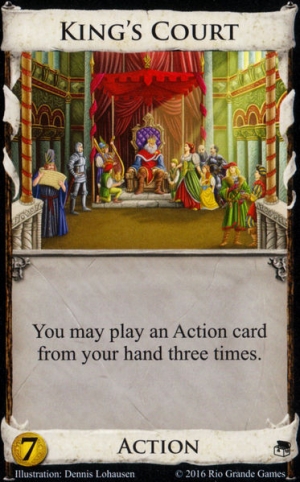 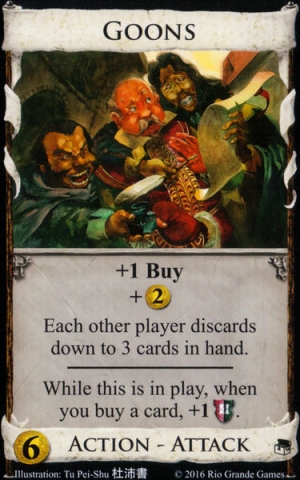 Goons is the most versatile card in this list. You can use it just as a vanilla attack card that also gives you +1 buy. But you can also use it to quickly gain a lot of Victory Point tokens by buying many cards in the same turn. (The most fun way to do this is with the crazy Goons and Watchtower combo.)

Goons is the third card in this list that’s from Dominion Prosperity. Prosperity is number one in our Dominion expansion ranking, and this may be in part because Prosperity has so many powerful cards. It’s just fun to do super powerful stuff.