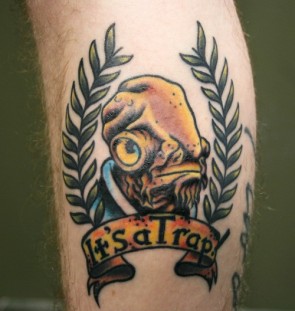 I hate this game andso should you, here’s three reasons to get annoyed with Starwars LCG.

In case you’ve never read anything about this game before heres a brief intro; You and your opponent spend resources to play down cards and attack each other dealing damage to each others resource cards to score points. Oh, and there is starwars art and words on the cards.

1. Do you like doing reading comprehension exercises before making decisions in games? Neither do I. In most games we the players have to think through the consequences to our actions. How many troops does she have in reserve, how much wheat do I need to feed those pigeons next turn, if i take 5 damage how many more turns am I likely to last? These sorts of questions make games tense and fun. But the key to these sorts of questions is to present the clues to answering them to the player clearly in the game space. Starwars LCG obfuscates all these clues by hiding them on small card text in dozens of unique cards scattered all over the table. You might need to be aware of exactly what that Hoth base card does, you might not. Can I be bothered to read the dozen or so cards in my opponents play area, work out how they all interrelate, and what special bonuses they infer. Nope. Even if I could the turns are so long my opponent could add 5 or more new cards to the mix anyways, but I’ll get on to this later.

What makes this infuriating is that I am often defeated by the game rather than the players. I decide I am going to attack with my 4 probe droids and try (note, this is not an actual example but one I am inventing because I haven't played the game in at least a month (thank goodness), but it is representative of the game) destroy the Rebel Fleet resource card. My opponent has one exhausted (he used it to attack me so it cannot do anything) X wing in defence. So I put little tokens on them and declare my attack. My opponent grins at me across the table. Whys he grinning? Because IT’S A TRAP! If I had read that he could make his x wing un-exhausted with that resource card, and then that it was invulnerable to attack from droids anyways because some card says so, I may have made a different decision. So he destroys a droid and the others are exhausted. Then on my turn he plays Luke Skywalker who destroys  the Search for Luke resource card in one hit as I have no defence.

You see, what I should have done is read every card that was played, as its played and then I wouldn’t be so stupid. In Starwars LCG reading the rules is half the game. Each time a new set comes out, you can have even more fun reading the new rules.

2. When you have lots of information to take in, a good way to deal with this is to break it down into smaller chunks. This is what my teachers told me at school when revising for exams. Must have worked because i’m still in education 10 years later.  Good game designs with lots of new information control that information by keeping turns short, limiting a player's actions, and by leaching out new cards or components slowly over a number of turns. Thus the players capabilities start of small and build up as they get into the game. Starwars does not heed this advice. It is quite possible to dump out the best Star Destroyer card in the game on turn 1, and use it on turn 2. The only reason you can’t use it on turn 1 is because the Imperial player cannot attack on turn 1. It is quite possible to slap down 5 cards, even 10 from your hand on a turn, completely changing the game and forcing you to absorb lots of new information in that tiny card text. This leads to situations where you think you're sitting pretty, then its your opponents turn. They play 6 cards you’ve never seen, attack and wipe out half your stuff and will win the game next turn if you cannot replicate the same impressive action on your turn. You can go from one point away from winning and quite safe in this game to your opponent clawing it right back in a single turn where all you can do is sit and watch, tap maybe one card which they render useless. Yeah players who know the game might talk about the ‘edge battle’ mechanic but too often it does too little.

3.  Is it Starwars? I think someone on the fort (might have been Nate) once wisely observed that Starwars means different things to different people. For me Starwars is about those classic story topes you learnt as a kid; the wise master, the struggle of good and evil, being shanked by your dad, but told in an exciting sci fi setting. This card game conjures none of that for me. There seems to be an idea in game design that you can make a CCG/LCG, pen and paper RPG, or worker placement game to fit almost any theme or story type. Is it not possible that character stories don’t work when they are stripped down to cold numbers and stuck on cards? Could you represent One Flew over the Cuckoo's Nest as an LCG for instance? (might be quite funny actually)

Am I just bitter because I’m bad at this game. No, I am a casual player of this game and a casual player of Magic. I am better at this than Magic, but Magic, and Net Runner too, get so many of the things Starwars gets wrong right. Both games only present the players with a few cards of genuine importance at any one time, both games have a slow resource build up and things like ‘summoning sickness’ to slow play down and allow players to get their heads around stuff. Both games give the players a longer distance goal to win. Taking down 20 hit points or scoring 7 agendas typically takes more than 3 turns. Both games make studious use of colours, icons, and a limited pool of key words to communicate their rules and don’t change those rules with each new set that comes out. Both games work to the advantages of their theme. Playing out cards does sort of feel like dropping magical creatures into the world (Magic is possibly the easiest theme to do in a game though). Attacking a column of unknown cards does feel like running the net in Neuromancer. These games work but Starwars, and arguably the other FFG LCG designs have learnt so little from them. The main reason for this I expect is the desire to sell sets in the LCG format. They need to introduce new card rules with each new set, they need to split the game into more factions to give the players niches to explore and they need to crowbar a popular IP theme into the game to sell it to the comics fans.

__ replied the topic: #255889 18 Oct 2017 04:35
This was a great discussion. I'm going to suggest that the issues of complexity and obfuscation as discussed here aren't just about card games, but a problem of very many board games (mostly Euro genre) in general. And you are right that there exists groups of people who WANT this obfuscation and delight in "winning" because they can decipher stuff that others cant, even if its something anyone could decipher if they thought it was interesting enough to spend the time doing. Like Andy says here, is it an interesting part of a game to have all of you have to look around and count up this or that just to know, oh, this guy could win here. Whats interesting about the game situation is how you will all keep an eye on who can win, and try to make sure that doesnt happen. There is zero "game utility" in forcing that information to be hidden behind loads of text or info that you need to parse.

I would actually go further and say that in general I think its a very bad quality of modern euro game design that "whats going on" gets more and more obfuscated. YES, you are a smarter person than me if you can dig underneath what all the 8 resource chains are really doing, but is that really a "fun" or even "interesting" part of games? I am tending more and more towards no, no it isnt, perhaps its an age thing.

When i see articles breaking down these kinds of games like, oh, actually this action is worth 1.5 VP on average, or this thing equates to 2.5 actions etc, my instant reaction is "how would this game play out if the designer printed this info on a player aid".

For me, a great game would not be affected by this because the game is not about working out optimum conversion factors between obfuscated names of stuff. Games should very openly show at all times, what the hell is going on, what everyone has, what they can do, and what can happen. Thats the game - right there. If it includes a wall of text stuff, or 13 different types of chit or cube which actually represent something abstracted through 5 other variables, then sorry, your game includes way too much pointless accounting, and the majority of players will only ever experience the "decoding" part (which ultimately has nothing to do with a game between people) and a few will smugly use that to "win". I wonder if its a certain personality type that is drawn to this kind of 'puzzle solving' (because thats what it is).

If your game can and does provide all the info about the game state clearly and openly to everyone at all time, and is still engaging then you have a good game. Tigris & Euphrates would be a good example

If you have a game based on some equations or sums but have hidden those in a vain effort to pretend thats a "Game" then maybe you dont. Something like the auctions in Princes of Florence might be an example
Read More...