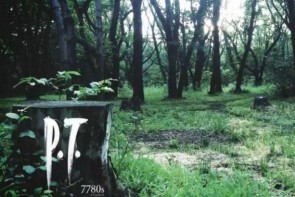 I noted on the VIDEO GAME thread that I was participating in a Backlog Attack--an effort to get through some of the games that have been building up in my inventory. With Humble Bundles, sick multiple platforms, and an actual job that people pay me money for; I am officially spoiled for choice with respect to my gaming hobby.

I try to spread my Attack across platforms. It's easy to just keep playing ROCKET LEAGUE or DIABLO 3 on the PS4 (so fresh!), so I spent some time figuring out what to play and spread the love. I should note, I am not not playing other games, but I am trying to make a dent on these titles that I would otherwise ignore for longer.

I was going to start DESTINY last night, but it needed a 7 GB file and my shitty Internet needs an all-nighter for that kind of job. So I opted to spend some time with P.T. instead, which I'd started the other day. I finished the game. Spoilers ahoy in this paragraph, I guess, but the game is old and you can't even buy it anymore, so fuck off. This game is actually super scary! I was expecting some jump scares and some video game gore, and it does that, but it's also just plain disturbing. Really good use of sound and lighting effects bring an extra element of genuine horror. The setting helps too. See, I so rarely enter dilapidated mental hospitals that it's hard for me to feel super invested in whatever happens in there. But walking down a hallway, and being a generic white dad? I do that shit all the time! The bugs are a little creepy, the bathroom is scary, but that fucking fridge is what freaked me out. I ended up getting stuck in this eternal red level where I think I was a ghost or something and needed a FAQ to get me through. That's right before the end of the game, so I had the FAQ there helping me to finish up. The ending can be hard to trigger, so I was getting looser and looser as I tried to coax the game into baby giggles (it's a thing). I would zoom in on this or that and walk here or thHOLY FUCK A DEMON GHOST FUCKING GRABBED AND KILLED ME. I'd played this game for like three hours and never been "attacked." I guess I was good at noting the changes turn over turn, because I had seen the ghost a couple of times and it kept its distance. But holy shit I was not ready for it to fucking grab me while futzing with a door for the umpteeth time. Gooseflesh all over, bleagh. I finally got my giggles and got the fuck out of there. I read that SILENT HILLS won't be made, and that's too bad, because this was scary as hell.

I am through about a world and a half in BIT.TRIP RUNNER 2. I went back to get some better scores and smack SaMoKo and Sanildefanso off a few perches on the leaderboard, too. I'll need to stick with this one because I think walking away for too long will be bad for my timing. It's basically a rhythm game with a nice sense of humor and cool unlockables. I am currently a Reverse Merman and have beaten two Pitfall levels, to give you an idea. I am surprised they got the Reverse Merman's testicular jiggle physics OK'd by Nintendo. They are flopping around out there like cantaloupes in a shopping bag. I should note, the music is so good I checked the credits--Disasterpeace. Why am I even surprised? Best in the biz.

I am going to keep at these games, ideally beating them all by November or so. I would love to hear comments or updates on your own Attacks.

Gary Sax replied the topic: #209400 27 Aug 2015 10:38
I've been doing a little bit of this myself. I finally got The Last of Us off my pile of shame. I might start on Pillars of Eternity pretty soon here, I kickstarter it and then never played it. Going to finish card hunter first, though, I'm like 40 hours into playing that game.

iguanaDitty replied the topic: #209408 27 Aug 2015 12:11
My attack got waylaid by me throwing my back out for 2 weeks and being unable to sit in front of the PC. And now the new Hearthstone expansion is out and the new Diablo III patch has dropped. So...I dunno.

jeb replied the topic: #209410 27 Aug 2015 12:57
Yeah, I am into HEARTHSTONE right now too. Also trying to up my ROCKET LEAGUE game. I am up to lvl 17 in DESTINY, so almost ready to play Raids and stuff they keep telling me about. Someone friended me, I joined his Fireteam, and then I was ignored and he left. Such a vibrant community! I just want someone to come along with me to kill some story bosses, but the forum for requesting help is just deep-DESTINY lingo I don't get: "Need 30+/2000 grm Wlo 4 Crota." I get the gist there, but it seems like everyone is in endgame content and there's nothing there for newbs. Lost 17 lives to The Gate Lord because I whiffed with some rocket launcher shots in my first attempt. Then I had to spend a bunch of attempts getting more ammo for my rocket launcher. I was poking away with my normal guns, but he summons all these dudes and I can either deal with them and get literally stomped by him, or keep him moving and get sniped by Hobgoblins. I think this game would be AWESOME multiplayer, because it's pretty good single-player and most of my issues are a function of not having a team.

I downloaded BORDERLANDS: THE PRE-SEQUEL on Steam yesterday using the Humble Bundle coupon from a couple of months ago to get it for $10. That may be my Backlog Attack for next year. Use that coupon if you got it. Expires 8/31.

I am shooting for November for these games, so no hurry folks. Keep it up! Clear those electronic shelf toads.

jeb replied the topic: #209430 27 Aug 2015 16:48
Do you watch Kronovi (camgears on Twitch) play ROCKET LEAGUE? Holy shit that is next level stuff. It's inspirational. I now spend all my turbo to get airborne and fly around the ring.
Read More...