Five Games that don't suck, and you'll all agree with me eventually 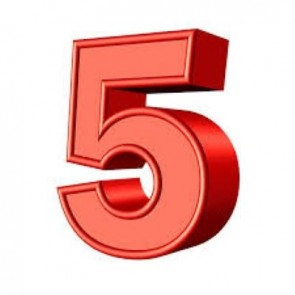 Please name five boardgames you like that don't have limited choices?

This question was asked of me in a thread where I mentioned that Worker Placement sucks.  The thread was discussing "unpopular boardgaming opinions" and it turns out my contribution is only half true, and I got a lot of support for saying it, but a fair amount of rebuttal as well, including the question above.  It was because I had said the worker placement games have very limited choices.  So I said, ok, let's just throw five out with a broad brush, and there was enough there that I figured I'd continue the conversation here as well.  (I'll also mention that I'm learning from article writers here at ThereWillBe.Games.  I included a lit bomb to the end of my original statement to generate attention, shown here -- "Worker Placement sucks. But I think most people come to that conclusion over time."  I figured as long as I was going to take the time to express one unpopular boardgame opinion, I may as well add a second guaranteed to stir the pot!

Let's interpret that the way I wrote it originally -- don't have "very limited choices".
Junta
Warriors of God
Wings for the Baron
Codenames
. . . and I'll throw in a ringer to lubricate the debate -- the left half of Dominant Species

I intentionally picked a broad spectrum of games, because I wanted to indicate that in plenty of them you have some open field to run in.

Junta is largely unstructured, depending on social intelligence skills to move much of the game and to succeed. There's pieces on the board but the real action occurs above the table, and it's analog. Very few discrete decision choices in Junta.

Warriors of God is a wargame but is very euroish in its design and has a wide-open map, providing a lot of opportunity to carry an agenda in any direction you choose. Sure, some moves are favored, especially in light of what your opponent is doing. But you always have the opportunity to ignore where they're trying to take the action in order to seize the initiative somewhere else. There are ways to lock down your opponent, but it comes at a cost, and your opponent can dig themselves out for a cost as well. Neither of you have to, the option is there, choices that are yours.

Wings for the Baron is likely the most structured in the list, but with a choice of two or three actions each turn with five to choose from (and you don't get stuck picking from what's left, you get to set your own agenda with all five regardless of other players) you have some actual control over how you proceed. You may not have what you need or what you want, but that's likely based on your own prior decisions. Resource management, direct competition for rewards, more or less and arms race where you are (literally) building the best machine in order to harvest rewards. Best eurogame of 2015, no one has heard of it.

Codenames . . . read the rules if you haven't already. Will take about 90 seconds. Again, a game where your ability to think differently can make for success. The game is small, so I suppose you can say it has limited options because it's a simple game. But within the rules you really have free reign to offer whatever clues you choose, or to interpret those clues if you're on the receiving end, often with hilarious results.

Dominant Species is a great game on the map side, but it's attached to an absolute quagmire of horsedip on the worker placement side. I'm fine with the random provisioning of resources in the action selection phase and at times that can really snooker you. I'm fine with luck snookering me. But in a play with four or more players it's not unreasonable for you to get one item you're looking for, not your first choice, and then two or three additional markers left over that you need to place that will do you little or no good. Each turn has some lever of junk placement, some more than others. The worker placement argument is to use them to screw other players, as they screw you. That's just a bucket of hell for me. I fix things for a living, dealing with crap blocking my progress all day long. I can't deal with the everyone-blocks-everyone part of the game. If I'm going to be dealing with that shit intentionally I'll pull out my laptop and bill hours instead. Game night essentially costs me $400 because I could be working instead, so "let's all be in each others' way" doesn't work for me.

Now, the board action on Dominant Species is pretty damn cool, and there's an open playing field there to work with, at least until late in the game when the tundra becomes overwhelming. That's good gaming, more similar to El Grande (or even Ingenious, though with a much more open set of rules.) Positioning and blocking are available, but the field is quite open, providing a lot of options and opportunities to catch your opponents by surprise. That's good gaming. But . . . why not pull out El Grande or Ingenious instead? Or Risk Legacy, or any one of a dozen other games that are missing the part I don't like?

Yep, an unpopular opinion. But that's the thread title, eh?

Discuss this article
Log in to comment
Posts in discussion: Five Games that don't suck, and you'll all agree with me eventually

Legomancer replied the topic: #299170 02 Jul 2019 15:44
Codenames doesn't suck. Dominant Species is a lot of faff welded onto an area control game. I'll never know if the other three suck or not.

Never seen a game that was both highly predictable yet simultaneously so punishing of any mistake.

As for the 5 you listed, I've only played DS and CN, maybe Junta (is that the one that came with dictator glasses?) DS is difficult and open-ended to the point where calculating the spillover effects of changing resources becomes too difficult, leading to sub-optimal decisions. If you had a digital version that could calculate them for you and let you chose I think a lot of "choice" would disappear.

Codenames can be played many ways and can rely heavily on specific partners shared knowledge. The endless options are definitely the charm of the game ("how in the hell is 'blue 3' supposed to mean bridge, car, and stadium but not river or Neptune?").

Shellhead replied the topic: #299175 02 Jul 2019 17:55
Not sure that I understand this article, having not seen the discussion thread that inspired it. All board games have limited choices in comparison with tabletop role-playing games.

I like the map half of Dominant Species. The worker placement half is a complete dirge.


The only reason that worker placement sucks is that it makes weak designs publishable.

That may be profound, but I'm not sure yet. Need to think about it for a bit.

Sagrilarus wrote: One of the replies --


The only reason that worker placement sucks is that it makes weak designs publishable.

That may be profound, but I'm not sure yet. Need to think about it for a bit.

It's true of any trendy mechanic. How many deckbuilding games came and went? Now we're in the era of asymmetric DOAMs and giant overproduced miniatures.
Read More...