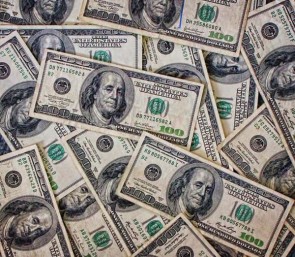 Before the fire at our house was even out, our insurance adjuster was on the scene. He handed us a folder and a $5000 check to cover our "immediate needs." Going on a $5000 shopping spree has always sounded like it would be awesome. However, it is amazing how un-fun it actually was.

That $5000 was an advance on our personal property claim, which means that if it was spent on stuff that had survived the fire, we were shit out of luck. However, we had no idea what had survived and what hadn't. We wouldn't know for a couple of days, and even when we did know, it would still take nearly a week for items to be packed up, cleaned and returned to us. In the meanwhile, all we had was the clothes on our backs and a few items that were in our cars. The day of the fire had been unseasonably warm, and, being New England, the day after the fire it was snowing. The Spawn had PJ bottoms and a T-shirt, no shoes and no socks. The Man didn't even have a jacket.

So the afternoon after the fire the Spawn and I headed off to Kohl's and Target to try and pull together the essentials required for a week by a family of three humans and two cats. We were cold. My shoes were wet all the way through from standing in the water that poured out of our house and into the street the night before. The Spawn was wearing borrowed clothes. She was on crutches and required frequent stops to use an emergency inhaler due to her injuries from the fire. We were tired. And we were racing against the snow storm that was moving in on us.

Kohl's was having a "Buy one get one half off sale" so all the humans got two of everything - jeans, shirts, sweats/yoga pants, underwear, socks. We also each got a pair of shoes and a hoodie, jacket or sweater, a hat and gloves. We spent $700 in under an hour. The Spawn changed her clothes in the car, and we rushed off to Target.

We spent $200 at Target in about half an hour. We got shampoo, toothpaste, soap, razors, and the rest of that kind of stuff, as well as some school supplies. The Man had gotten pet supplies the night before.

So all together, including The Man's Pet shopping, we managed to spend pretty close to $1000 in about 2 hours, and get absolutely nothing fun or interesting.

The next round of shopping came a several days later after we had moved into a "furnished" house. This was boring stuff as well - trashcan, blankets, pillows, sheets, mop, broom, bucket, cleaning supplies, hamper, laundry baskets, wastepaper baskets. And there was another $1000 spent.

Shopping didn't get interesting until the third round, when we each needed to get things that were personal and important to us.

I got a portable full spectrum light lamp and an Apple Time Capsule external hard drive. I then spent the evening recovering data off our water damaged, dying laptops.

Discuss this article
Log in to comment
Posts in discussion: Emerging from the Wreckage: Here's $5000 - How Fast Can You Spend It?