Barnes on Games- Psycho Raiders in Review, Samurai, Defenders of the Realm Revisited, Champions of Midgard 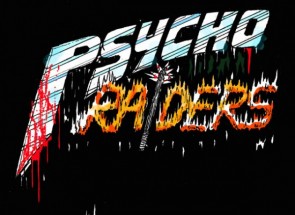 Ladies and Gentlemen, the best horror game ever published.

It’s not like Psycho Raiders needs any more attention here at F:AT, since it has become the de facto Official Game of This Web Site, but allow me to throw my formal review onto the pile. A year later than it should have been published, to be honest. Especially since this is one of the best games of 2014. If only we got ONE game like this- so daring and so idiosyncratic- every year. Games like Psycho Raiders really put the current pig-out smorgasbord of utter slop that trickles out of Kickstarter into perspective. Do we want 200 Sedition Wars a year, or do we want one Psycho Raiders a year?

In other news…my Samurai review is up at Miniature Market, and needless to say it’s a five star rating. The new FFG edition is excellent. Can’t wait to see what the next Euro Classic is.

For some reason, I got an inexplicable hankering to play Defenders of the Realm. It just so happened I was looking to trade Secrets of the Lost Tomb and I found a deal that included the Dragons expansion. As soon as I opened it up, I about vomited. I forgot how HORRENDOUS this game looks. I would easily rank it as one of the most pitiful graphic design jobs in the history of board gaming. It would be one thing if it were 1985 or 1995. But even five years ago in 2010 this game looked like amateur garbage. The fonts are abhorrent (of course, this is where the Comic Sans outrage started), the Larry Elmore “art” is…competent, I guess, but almost hilariously kitsch in its genericism. The rulebook…OMG…the “bad guy asides” make the whole thing feel lame and silly. The colors, the maps, the miniatures…everything looks HORRIBLE.

But playing it again, it was still actually really fun. It’s Pandemic, but it plays out more like a DoaM game, really. Tons of dice-rolling, some occasional card-flipping, etc. I really enjoyed it and think I might hang on to it for the kids. I didn’t use the Dragons stuff yet, but they seem pretty good. But the miniatures are a JOKE. Like, literally bubble gum machine figures.  Big, epic dragons…that look like they cost 25 cents RETAIL. The entire production is just an abomination, a complete embarrassment.

Lots of SCAM being played. I did the sleeper ship mission and just got completely overwhelmed in the first pod. So far, it’s been the only time I’ve just been completely annihilated. I’m kind of torn on the “highest initiative is the target” piece…it makes sense, but it also results in a character sometimes getting completely dogpiled.

Survive! Space Attack! Is really good. Geoff and the gang did good with it. Review should be at Review Corner next week. Scarlett wasn't very much into it, but River has asked to play it every day.

Champions of Midgard is very good,  but I’m also kind of having a hard time really embracing it. There’s no doubt it’s well-made, it looks great and it has some fun gameplay. But it’s just not particularly exciting. It may be because the worker placement thing is, at this point, about as interesting as auctions were in 2004. Or as role selection was in 2008. Or deckbuilding in 2015. Adding dice rolls is fun, and there is a quality about the game that is VERY reminiscent of Fire and Axe. The mechanic where if you beat the troll, you get to put a blame token on another player is great. It’s also great that if the person who goes to fight it loses, EVERYBODY gets blamed. Fun! But for some reason it still feels like something around a high mehven, maybe like a mehven.5 or something. But it does feel like the kind of game that could have a kick-ass expansion that pushes it up in the rankings. Ironically, it’s kind of like Ole Steiness’ previous major release, Police Precinct, in that regard.

Should be seeing a review copy of Cthulhu Wars this week. Sent by the Great Old One himself. I hope it’s terrible, I can’t afford to be into it!

Discuss this article
Log in to comment
Posts in discussion: Barnes on Games- Psycho Raiders in Review, Samurai, Defenders of the Realm Revisited, Champions of Midgard

Gary Sax replied the topic: #213706 29 Oct 2015 18:27
Defenders does look comically bad, I opened it a few months ago and thought the same thing. It's also, for me, an objectively worse design than Pandemic but something I'd still rather play. Despite its messiness.

Michael Barnes replied the topic: #213713 29 Oct 2015 19:32
I just don't understand how it was OK'd for print. It literally looks like they took Richard's MS Word prototype files and sent them to a printer. After replacing the Larry Elmore artwork he used from Google Image search with original Larry Elmore illustrations. I've seen many of Richard's prototypes over the years, and the game as published looks EXACTLY like them. Maybe Eagle/Gryphon thought it was good enough, maybe they decided to just cheap out...on a $90 retail game.

I played it again last night and had a grand time...but the whole time I'm looking at these figures, the fonts, the map...and just shaking my head at it. It is hilariously inept- and it's not even a Kickstarter game!

It really does feel more like a DoaM than Pandemic does.

I truly love the nostalgic art since it's what I remember when I played D&D in the 80's--it's truly nostalgia for me. What wouldn't I like done by Larry Elmore?

EGG is one of the few publishers in my blacklist. They have several really good games, but is really stingy when it comes to graphic design and art.

OldHippy replied the topic: #213758 30 Oct 2015 10:59
When I sold Pandemic, which I enjoyed ok solo but sucked for my group, the plan was to pick up Defenders of the Realm - but every time I saw it I just couldn't justify the price. The package looked so amateur I never pulled the trigger on it. I still wouldn't mind a copy of it but I can live without it and the design is certainly a part of that.

I was shocked at how much I love Samurai. Nice review, if I didn't already own it that write up would certainly pique my curiosity. First time I played it I could tell right away this was a keeper. Very solid game, a little heady and abstract but wonderfully tense and thematic enough. I find that I've played so many games now that it's reasonably easy for me to get theme out of something (setting too really, but art helps more in that case). I could probably play a pure abstract and still feel enough theme there to keep my imagination going. Once those synapses start firing in that way you're able to feel theme from the simplest of rule sets, because you're used to looking for it and the short hand implies the language we're used to. In any case I absolutely adore it.

I've reversed my opinion on the production values of DotR. It's so over the top bad that I get off on it now. I'll just snicker when I look at it. That's the best case scenario I guess... Ok, the "jazz hands" dragons really make me grumble but I never use them.

I just bought Chaos in the old World for $30 so I'm hoping that crushes my desire to jump into the Cthulhu Wars kickstarter.

drewcula replied the topic: #213803 30 Oct 2015 18:26
I really hope you can publish a Cthulhu Wars review before their KS wraps on 11/18. I've made quite a few purchases based on your reviews already, and having your two cents on CW should help sober any of my delusions.

Speaking of purchases, I bought 'Psycho Raiders' after last week's glowing thread. We played two games on Wednesday evening. I believe the hype may have left me disappointed. This game could be great, but instead I feel it's just good.

- The soundtrack/radio station is a fab idea. But in practice, it's web design it pretty weak and the music is more miss than hit. I felt the same about LNoE's sound. "Meh."

- A magazine game is an awesome, old school, retro approach. I have much love for the gonzo fluff. However, the cards are horribly sized for contemporary gamers. The card stock is fine, as is the finish. It's the size that frustrates. The game may only be $24, but you know what? I wanna sleeve my cards. Because BEER. I can't sleeve the cards because they are some unholy size maximized to the 8.5 x 11" sheet. You say, "Just crop them Drew!" Well, I can't do that because the stats are usually at the margin or bleed line. Christ. It would have taken five minutes for the designer to compress or reformat the images to allow a small margin.

- The rulebook is arranged in an index format. Not my favorite, but I can work with it. The worst however;

- The map. It sucks. Like it or not, 'Psycho Raiders' is a tactical game. Tactical games need distinct spaces. Don't pass off a hex map with a tree line that covers 1/4, 1/3, 1/2, 2/3, and 3/4 of a hex. WTF is it? It's kind of important to know when you're running for your life. The same with the road. Is that space On Road, or Off Road? You say, "Drew! Just take a marker and make the distinctions yourself!" The hell with that. Design an illustration that follows gameplay. And while I'm at it: IT'S TOO GOD DAMN DARK! I appreciate the need for atmosphere, but when you can't tell if you're in a shadow, or a tree, or whatever - the form does not follow function, and it's a fuck up. The designers can play cute and make remarks about it in the rules, but its unacceptable. Pay for a proof next time fellas. I'm playing the game with four other professional artists and we're like, "how did this thing get past copy?"

Negatives aside, we loved the illustrations and the game generated a lot of laughs. Three days later, and we're still screwing with each other during work. "RAAAAANDY! I can see you hiding in the woods!" It's a lot of fun, but maddening that simple steps could have made it outstanding. Nice write up MB.