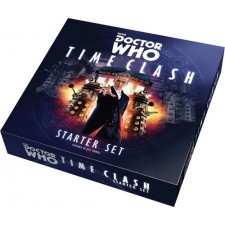 I've been lazy and haven't posted my lead-in here so I have three reviews up now at Miniature Market. It's not all Space Marines and Stormcast here! Just most of the time...

First up is Doctor Who: Time Clash Starter Set. This game is probably DOA and will be on clearance in about 15 minutes, regardless of promises of additional sets based around The Master, Cybermen and classic Doctors. Which is kind of a shame, because it's a pretty good light card game. The Doctor Who setting doesn't make a lick of difference, really, but there are some good mechanics and it's pretty fun to play with Doctor Who pictures on the cards. It might be a good pick for those who want something in the vein of Battle Line or Omen but not as heavy. It's a Jeff Tidball ("Cults Across America") design put out by Cubicle 7, the same folks that do the Martin Wallace Doctor Who card games. Not bad!

Next is Eric Lang's second 'meh' title this year, Bloodborne: The Card Game. Here's what I think happened. A couple of years ago, Lang did a prototype that was kind of like Cutthroat Caverns but simpler. CMON either bought it or optioned it, whatever. Then they got the Bloodborne license and told Lang 'hey, make that fit Bloodborne". It has some good stuff going on in it that does feel at least something like Bloodborne, but it's just such an unremarkable and not really much fun game. It looks great because it uses original assets from the video game and fans of it will likely get a little more mileage out of it, but I think this is an easy one to pass up in a year that has seen a lot of really good games.

Finally, it's another CMON game, the new edition of Kaleidos. This is an old timey 1994 design that won a bunch of awards but it's really just an ultra-casual hidden picture game. It's great to play with the family or a mixed group, we got a lot of plays of it out over Thanksgiving with some visiting relatives. Here's the thing, the fun really isn't in finding objects starting with whatever letter in the crazy pictures. It's in either completely decimating everyone else by quadrupling their finds and getting zero score-reducing matches or in arguing back and forth about what somebody interpreted some thing to be. So it's a fun party activity, the kids and old folks alike love it so there's a lot to be said for a game that anyone can enjoy.

Discuss this article
Log in to comment
Posts in discussion: Barnes on Games- Doctor Who: Time Clash, Bloodborne: the Card Game, Kaleidos

Legomancer replied the topic: #240754 16 Dec 2016 09:09
Now that there are a couple of decent Star Wars and Harry Potter games, it looks like Doctor Who might be the biggest property where every game for it is shit. Then again, given Doctor Who fandom, all they want to know is if there's a goddamn fez on one of the cards.

Oh Princess Bride is still a supposedly huge property that has nothing going on.

Shellhead replied the topic: #240772 16 Dec 2016 10:02
Based on my limited experience with various seasons of Doctor Who, it seems like fans would be happy to take turns holding the sonic screwdriver while quickly babbling exposition about pseudo-science rubbish. 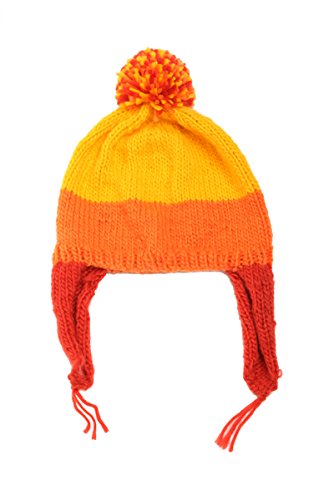 Columbob replied the topic: #240777 16 Dec 2016 10:18
A fez is that tronconic hat worn in Mediterrenean Africa, sometimes with a tassle, most often depicted in a reddish colour.

That picture's just a tuque with ear flaps. There might be a term for it, but it's not a fez.

charlest replied the topic: #240779 16 Dec 2016 10:30
I didn't realize my first few Gen Cons/conventions why so many people were wearing a fez. I have little to no knowledge of Dr. Who and remember thinking WTF until I found that out.

That is a cunning hat.

Neither of the recent Doctor Who games are really bad- both are pretty good, very mainstream-facing card games. They are reasonably fun to play, and in this one there is at least a little more of an attempt to tell a Doctor Who story. But I think Dave's sentiment isn't off base, because it does seem that most of that area of fandom is delighted just to have the words "Doctor Who" on something with an image of one of the boyfriend doctors. There is some really, really dumb Doctor Who stuff out there. None of which I own. I'm content owning every single episode (including reconstructions!) on DVD, a couple of decent games, and a couple of coffee table books. I consider that enough for a "big fan". I do not need the Dalek salt and pepper shakers. The Gale Force 9 game should be great, I have the utmost faith that they will deliver something of the caliber of ST:A and really give us the definitive tabletop version of the Whoniverse or whatever it is supposed to be called.

Legomancer replied the topic: #240932 19 Dec 2016 13:06
There are 15 hours of Firefly, twice as much as the original Star Wars trilogy, but apparently (a) it's not enough even though (b) none of the fans talk about anything except that fucking hat and the plastic dinosaurs.

Guess I didn't do this joke very well.

I know it's not a fez. I was poking a little fun at another fan base who love a character's hat.

Shellhead wrote: Based on my limited experience with various seasons of Doctor Who, it seems like fans would be happy to take turns holding the sonic screwdriver while quickly babbling exposition about pseudo-science rubbish.

Its all gone timey wimey.

Columbob replied the topic: #241028 20 Dec 2016 09:48
I guess I have selective memory for anecdotal shit like that (watched Firefly a good 10 years ago). Plus I don't hang around too much of fandom except on this site. Sometimes I'm amazed at the quotes you guys pull out. Yet I have an amazing memory for other kinds of crap - I used to be able to list all of the Simpsons episodes with that Spanish Flea song for instance. Also have a pretty good photographic memory for faces.
Read More...