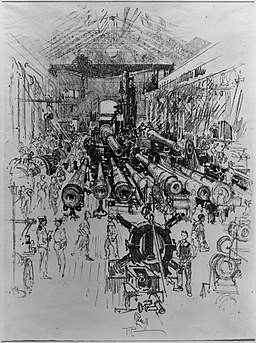 Hi! Welcome to the factory. Here’s your station--now get to work.

This is the first in what will be an ongoing series of short takes on games I’ve been playing that are worth talking about, even if they’re not getting the full review treatment for one reason or another. I’ll also be swapping out the TWBG five-star review system for my own One Song Review (patent pending), where I dig through my record collection and offer a track that feels like a good fit for the game in question. Okay, break’s over, back to the line.

You may get an overwhelming sense of déjà vu when cracking open Shards of Infinity. As you go through the motions of your first game, buying cards and attacking your opponent to whittle their health points down to zero, you might ask yourself: Have I done this before? Who am I? What am I doing?

The good news is, you aren’t having a catastrophic cerebral event. You have, indeed, played this game before--probably many times. Shards of Infinity borrows liberally from Star Realms, which itself borrowed liberally from Ascension, which in turn took its DNA straight from Dominion. It’s deck builders all the way down, folks. The question is, does Shards do anything different that sets it apart? The answer is not really.

Sure, there are a handful of new mechanics in the game. There are mercenary cards that you can play for an immediate effect instead of adding them to your deck. There’s also the mastery system, a rudimentary leveling-up mechanic that unlocks more powerful abilities on your cards. While these both work perfectly fine in play, neither of them is enough to solve Shards of Infinity’s identity crisis and give it a personality of its own.

I was all set to wrap up with a “Sharts of Inanity” joke and move right along, but there’s a minor problem: the game is still kind of fun to play. Even if it lifts its core gameplay wholesale from more innovative games, there’s no denying that assembling combos to take down your opponent remains an enjoyable thing to do. This is helped by Shards of Infinity’s bonkers world and art design, which leans into silly science-fantasy mashups to produce cards like “Cryptofist Monk” and “Fungal Hermit,” which I find far more appealing than the straight-faced spaceships of Star Realms.

So yeah, I’ll probably keep playing Shards of Infinity. And I’ll probably enjoy it every time. But don’t expect me to be proud of it.

OSR: “Notion” by the Kings of Leon. I saw these dudes live once and the guitarist, who refused to take off his leather jacket despite the fact that it was ninety degrees, did that thing where he took a lit cigarette and nestled it in the guitar’s headstock whilst he shredded his derivative-ass solo. I rolled my eyes so hard I swear I could see the cleft between my brain’s hemispheres. But I don’t deny that this song is the jam. Like KoL, Shards of Infinity is for folks who prefer their pleasure mostly plagiarized and paired with a minor twinge of embarrassment.

Maze Rats is what you get when you take a shelf’s worth of vintage AD&D books, blend them into a slurry, and then reduce that liquid into pure unfiltered dungeon juice. It takes role-playing and strips it down to its barest parts, tossing aside anything that doesn’t directly contribute to the fun of slinging spells and hacking at monsters. It’s punk as fuck, daring you to stop dawdling over your character sheet and just throw some dice already.

The Maze Rats “book” is 12 pages long, and about 80% of that space is filled with randomized tables of adjectives and nouns meant to fire your imagination and plug any gaps in the narrative. It’s time for the players to encounter a monster and the DM doesn’t have anything prepared? No problem. Roll a couple D6s and suddenly they’re face-to-face with a many-eyed vampiric goat. Which is, let’s be honest, better than anything you would have come up with yourself.

Maze Rats understands that a good stable of adjectives and nouns is more valuable to the role-playing experience than a hundred indexed chapters on opportunity attacks and skill modifiers. It gives you three stats to work with and if that’s not enough for you, well, see yourself out. Maze Rats certainly doesn’t care.

OSR: “Bone Jam” by JEFF the Brotherhood. This apotheosis of the so-dumb-it’s-genius song batters you with its grinning idiocy until it sucks you right into the astral plane. It is the maze and we are all but rats.

Since there appears to be some sort of site bylaw that requires all TWBG writers to have a Hot Take© on this game, I feel ethically bound to give you mine: I like it a lot! Spice Road combines two of my very favorite things: a shifting market of cards and single-action turns. In practice, this means near-constant engagement with the game (and your opponents) as you try to surf the changing landscape of trader cards and contracts. And because turns pass along so quickly, downtime is pretty much nonexistent. I like that you build up the best engine you can, and then have to frantically retool it on the fly to fulfill new demands. “Good morning, Nissan factory--you’re pretty good at making cars, but can you learn to mass-produce Cheerios in a week? Best of luck!”

It may not be the deepest experience out there, but the pacey gameplay paired with a five-minute teaching time means this one will probably hit the table a lot. It’s worth noting that the quality of the game components goes a long way toward making Spice Road satisfying to play. This irritates me to no end, since I think “component creep” is one of the worst parts of the hobby and generally serves to obfuscate the flaws of weak games. But in Spice Road, the tarot-sized cards and little bowls of cubes feel like an integral design decision and not merely a cosmetic add-on. I truly think that if the cards were standard sized and you played with piles of tokens, this game would be 30% less fun. Scientifically.

I’m curious about further entries in the Century series and their modular design. I’m not sure Spice Road will benefit from further complication, but I like the concept. I’m currently trying to get a copy of Century: Eastern Wonders--if I’m successful I’ll report back on whether or not they play well together.

OSR: “Here Comes my Girl” by Tom Petty and the Heartbreakers. I don’t know many people who name Tom Petty as their favorite artist, but I know even fewer who don’t at least crack a smile when one of his songs comes on the radio. Like Petty, Spice Road is a crowd pleaser that may not be the absolute best in class but has enough smarts and heart to be worthy of our love.

AndrewMcAlpine replied the topic: #280288 24 Aug 2018 09:23
Important music video note: all three videos feature the singers singing to unexpected things. In "Notion," Caleb Followill sings passionately to a brick wall (the best representation of a Nashville live music audience I've ever seen). In "Bone Jam," Jake Orral sings dispassionately, presumably to no one / someone off screen, but I'm pretty sure his lyrics are directed to the floating slice of pizza behind him. In "Here Comes my Girl," we can clearly see that the true romantic subject of the song is the absolutely fiery chemistry between Tom and Heartbreakers drummer Stan Lynch. Just look at the way they look at each other. Just look.

Maze Rats: "you've found a (roll) 'encoding' (roll) 'vortex'. Okay, cast it and learn all the spells in this library."

Tom Petty has some killer tracks. I wouldn’t call myself a fan and I don’t hav any records, but there are definitely a couple of tunes that I like to spool up on Spotify occasionally.

Erik Twice replied the topic: #280333 24 Aug 2018 19:02
I really think Shards of Infinity is simply an unlicensed Star Realms clone with questionable balance. The rules are exactly the same, the overall play is the same and even the "buy and play at the same time" cards are taken from it or other games. But the cards are worse. There's waaaaay too much card draw and many cards are undercosted. It's one of those games that give the players what they want, not stopping to think whether or not they should want that, much less have it.

I don't think Dominion is the greatest game ever made. But the more deckbuilders I play, the more I respect its design. Just compare Laboratory (+2 cards, +1 Action, cost of five) and compare it to the same card in other games.

WadeMonnig wrote: Love it! I was sure that shards was going to have Talking Heads "Once in a lifetime" as the song.

HOW DID I GET HERE?

Erik Twice wrote: I really think Shards of Infinity is simply an unlicensed Star Realms clone with questionable balance. The rules are exactly the same, the overall play is the same and even the "buy and play at the same time" cards are taken from it or other games. But the cards are worse. There's waaaaay too much card draw and many cards are undercosted. It's one of those games that give the players what they want, not stopping to think whether or not they should want that, much less have it.

I don't think Dominion is the greatest game ever made. But the more deckbuilders I play, the more I respect its design. Just compare Laboratory (+2 cards, +1 Action, cost of five) and compare it to the same card in other games.

Great points. It should be noted that any strategies you can use successfully in other deck builders you can import directly into Shards of Infinity without any sort of modification. Get cards that let you draw cards --> win the game.
Read More...