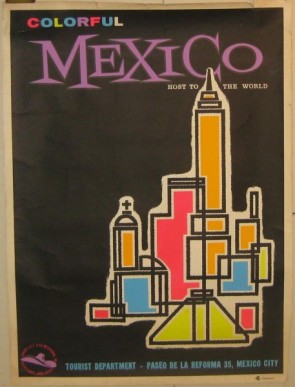 I pretty much never take games with us when we travel because I’m usually not interested in doing any gaming while we’re out of town, but I decided to take a few along during our trip to Mexico City a few weeks ago. A couple of layovers and the threat of rainy nights - coupled with the fact that my wife takes like two hours to get ready in the morning while I'm trying to keep the kids from descending into anarchy - made the case. So I packed up a whopping seven games in one small box (The Mind also counts for The Game). This is the "travelogue" of how it all went down.

My son is really starting to get into the card games at the schoolyard- Pokemon was already a thing with him but now Yugioh is creeping in. So I thought I'd see if he could handle Magic. This new precon pack came out a couple of weeks ago to much groaning, wincing, and whining among veteran MTG players so I thought I'd check it out. It's two 60 card decks that come "programmed"- you play the first five turns based on a tutorial and a specific draw order. Pokemon has some trainer kits like this as well, and I think it's a good way for kids to get a quick feel for the game.

We played on the plane- he and I went to an empty row and set up. I had the white/red blahblah deck and he had the green/black whatever deck. He picked it up right away, apart from getting the subtleties like how you wait to play an instant that gives a creature +4/+4 AFTER the opponent declines to block. And he didn't get the concept of sacrificing creatures- kids tend to want to keep the big stupid Timmy monsters on the field and feel deflated when they get removed.

But it went well, and he's asked to play a few more times. And I am feeling that old familiar itching. This will be like the 4th time I've gotten back into Magic. It feels good- much like getting back to Warhammer or D&D. I'm playing these junk-ass decks and thinking "why have I bothered playing all of these other games that try to recreate this, when this is the real thing". I think back to the scads of "CCG-like" games I've played over the years that have come and gone...but Magic is still Magic, and it's still a great game. So why waste time, money, and energy on the imposters? I've got some Rookie Decks and Battle Decks on the way- I'm not really interested in FNM or playing anything other than precons right now and it's as much as River can handle. I'm also thinking he might be able to use the Rookie Decks to interest some of his buddies.

I played this with Scarlett like ten times. We hit level 9 but can't seem to get past it. One morning, I woke up at the AirBNB and they were playing it without any guidance or instruction. And instead of the Switch or 3DS, which was shocking.

We did play one round of The Game, three players. They kind of struggle with the strategy a bit- knowing when NOT to play is critical here. We did terribly, I think we barely made it through half the deck.

This little game from Gamewright got some decent reviews when it came out a couple of years ago. I've had it for a while but it got lost in bin. I exhumed it and we gave it a shot on the balcony overlooking Calle Cuernavaca in La Condesa one morning.

It's OK, I guess. The kids seemed to really enjoy it, but I thought it felt like one of those "almost" hobby games from the early 1990s. The super-generic, family fantasy setting ("Giggling Goblins" and so forth) is bland and not really very charming. It's a set collection game where you sort of build poker hand-like combinations of cards based on suit or number and however many cards you play give you that many dice to roll against a target number on a display of monster and treasure cards. Each hand type corresponds to striking, stomping, or screaming. Some monsters are more vulnerable to one of the three.

Gameplay is pretty much either draw to build a hand or play to try to claim a card by rolling however many dice you can muster with said hand. That's pretty much it. There are simple risk/reward elements at play that are easy for kids to grasp. I had to drill it into their heads that they didn't have to build up a massive hand to get a lot of dice to try to roll...a 4.

I don't know, they asked to play it again but I can't imagine playing this much beyond the trip. It's just not particularly interesting- it feels antiquated and sedate.

Another one exhumed from the same bin with Dragonwood. Haven't played it in a while, but got right back into the swing of it. River was too busy with Majora's Mask and wouldn't join, but Scarlett and I played several hands. It's still really good. I was sort of unsure if she would get the finer points of it, like how to use the information you have about what is played versus what is available, but she beat me like three rounds straight. I've never seen the need to get one of the silly themed versions, but I'm glad we have the nice Kunai Factory edition with the Japanese artwork.

Target was clearancing this out for $5.98 so why not. This is the Rudiger Dorn SDJ-nominated Las Vegas, repackaged in a completely asinine giant cube that looks like a die. I've thought about throwing the box away. I mean, the whole thing fit in the Dragonwood box with five other games.

This is such a fun game. The kids get really into this one for some reason, and they tend to get really angry about it. We play with the neutral spoiler dice, which I think is a must for lower player counts. I like that this game captures a lot of critical area control and die-rolling game concepts and makes them super accessible. There's some good drama, some sudden surprises, and nothing says "I win" like a big pile of money. My only beef other than the stupid box is that the money is cards. It should be paper money. If not paper, this is one of the only times where I think chips would have been acceptable.

We managed to get through it on Sunday night after dinner at Pizza Nosferatu without a rage quit or "you idiot" precipitated by a casino takeover, so that is some progress in terms of maturity.

This game is so surprisingly great. It's just one deck of cards, and you can use an app to score. DO use the app to score it. NEVER score this by hand. Otherwise, tabulating all of the bonuses and penalties is going to take longer than the game itself. I also think it is critical that players DO NOT sit and try to do a running total. Go with your gut, and develop the synergies on the fly. That's what this game is all about.

I'm really kind of surprised my kids like it, but I think there's a high degree of satisfaction in knowing you need certain cards or types of cards and you topdeck or draft into what you need. The tension of the game being really short versus having junk in your hands that you need to convert to something more valuable is especially compelling. But this another game where the BIG 99% IMPOSSIBLE COMBO is much too appealing to kids. They always go for the shoot-the-moon, big points sets instead of looking for smaller opportunities to roll up into bigger points.

I guess it's fallen out of print now and is kind of expensive...which is a shame. Wizkids needs to reprint it without the stupid scoring pad and put it in a $10 box, and you'll have the second best card game out there right now after The Mind.

With 30+ plays, Fantasy Realms is still a go-to filler for us at game night. We definitely use the app to score, but never allow any in-game totaling. That feels so against the spirit of the game.

bendgar replied the topic: #284802 26 Oct 2018 17:17
I have my own version of this gamer bug-out box. Mine is a copy of Las Vegas with For Sale, High Society, No Thanks, Cockroach Poker, Coloretto and Love Letter shoved in there.

mc replied the topic: #284810 26 Oct 2018 20:56
I always take Bohnanza and a Rage deck on holiday. Then whatever other games are in vogue with the fam that are small and will fit in whatever space I've got.

Bohnanza we actually use for Coloretto (Beanoretto), it works really well. And we use it for "Bean Poker" too, instead of Cockroaches. You could do both of these games with the Rage deck probably but the the Beans work to pull the kids in a bit more. Plus, of course, Bohnanza.

mc wrote: Bohnanza we actually use for Coloretto (Beanoretto), it works really well. And we use it for "Bean Poker" too, instead of Cockroaches. You could do both of these games with the Rage deck probably but the the Beans work to pull the kids in a bit more. Plus, of course, Bohnanza.