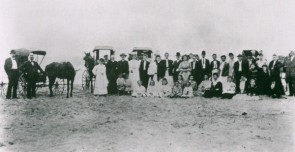 Ah, summer! The time of the year when the outdoors encroaches on your person, laying its sweaty palms on the small of your back and drawing forth every drop of moisture from your big dumb body. Last week I did a small circuit up and down the east coast, spending a few days in Maryland, Delaware, and North Carolina before circling back to the more reasonable climes of Massachusetts. This little jaunt reminded me of a few things: first, going outside is okay and almost even pleasurable (in moderation); and second, it’s really fun to play games with folks who might not consider themselves “gamers.” Today, I’ll be looking at some of last week’s winners and, taking a short vacation from my usual One Song Review, I’ll be pairing them with a tasty cinematic treat sure to put the blue raspberry in your Slurpee.

This was the unexpected MVP of the week, though I don’t know why I’m surprised—Knizia’s classic auction game of luxury acquisition takes about three minutes to teach, and the stunning Art Nouveau design of Osprey’s new edition gives it the wow factor that makes strangers stop to ooh and ahh at the cards on display. For me, personally, it will always play second fiddle to Knizia’s Modern Art (my favorite auction game of all time), but High Society retains a deserved place in my collection due to its pure ease of entry. I taught the game to three different groups over the course of my vacation and everyone had a blast.

Importantly, after dozens of games, I’m still having a blast. Even though the auction at the core of High Society is dead simple, there are just enough wrinkles to the formula to keep it interesting in the long term. The reverse auctions (where you pay to not take a damaging card) jolt the rhythm of the game, keeping you on your toes, and the variable game length makes optimizing a particular buying strategy difficult. Finally, the best rule of the game is that, no matter how many points you have at the end, the player with the least money is cast out and cannot win. This makes every decision a particularly pleasurable brand of painful.

And then there’s the theme. While the game is about as purely mechanical as it gets, the wonderfully evocative art of Medusa Dollmaker encourages the players to roleplay as the landed elite. We chose to fully embrace the decadence of the Belle Époque, listening to the shocking dissonances of Stravinsky while sipping a fine Bordeaux (or at least an ice-cold Miller High Life). C’est si bon!

One Movie Review: The Favourite, directed by Yorgos Lanthimos. When it comes to rich, beautiful people willing to throw each other under the bus for even the slightest chance of personal advancement, absolutely no film does it better.

Tim Fowers’ cooperative bank robbing game is ideal summer gaming fare; with its retro cartoon aesthetic and easy-to-crack ruleset, Burgle Bros. functions as a perfect tabletop analogue of the good-natured heist flicks it emulates. You’d be forgiven for wanting to shovel handfuls of popcorn straight into your maw between turns. I can always count on Burgle Bros. to provide a good time; even with a table of new folks who rarely play hobby board games, it did not disappoint.

Burgle Bros. sits on top of the co-op heap for me, and there are a few reasons why. First, it presents a shifting and variable puzzle that expands with complexity as the game goes on, all without burdening the players with a boatload of rules to memorize. You have a clear objective—find and crack the safe on three different floors—and a simple set of actions. However, as you begin to explore each floor, discovering new rooms, tools, and traps, your way forward becomes increasingly thorny. If you are good enough to crack the last safe and escape via the helipad (no easy task), you’ll have truly earned your victory via sustained careful thinking.

However, if Burgle Bros. was just another brain burner, it’d be gathering dust on the “soulless Euro” shelf. What makes it special is that it’s the funniest game I own—comedy is the spoonful of sugar that helps the strategy go down. In this game you will regularly smack into guards, fall down walkways, trip laser wires, and lock yourself into a corner. And while these things will occasionally elicit a groan, for the most part they’ll spark peals of laughter. This game might not work for the easily frustrated, but for those with a keen awareness of their own fallibility, it’s hard to find a better farce.

OMR: Logan Lucky, directed by Steven Soderbergh. While Soderbergh is more well-known for that other heist franchise, I think Logan Lucky’s tale of endearing, bumbling crooks is even more compulsively rewatchable than George Clooney with his charm knob turned to eleven. Because, while we might admire the cool of the fabulously beautiful, when we look closely at the antics of a bunch of well-meaning idiots, we might see our own true reflection.

My friends and I have a little tradition developing that I’d love to see go forward in perpetuity. For the second year in a row, we’ve spent a few days together on the Carolina coast, soaking in rays during the day and roleplaying at night. Last year I ran a mini-Dungeons and Dragons campaign for our friends and family, and while it was a good time, trying to teach new folks D&D, create characters, and go through a couple dungeons was exhausting. I’m pretty sure we spent twice as much time passing around books and squinting at rules than we spent actually playing.

So, when we were planning for this year’s vacation, I suggested that we sub in Dungeon World instead of going the traditional D&D route. Not to toot my own horn, but boy howdy, was that a good idea. For those who don’t know, Dungeon World is a traditional fantasy RPG that uses the rules-light, highly improvisational Apocalypse World system as its base. Whereas last year we had to spend two precious nights creating characters and explaining rules, this year we were able to get through both those steps in half an hour and dive straight into the good stuff: adventuring, baby!

Now, I love D&D, and I think with 5thedition it’s the best it’s ever been. But in my experience, D&D works best when it’s the only game you play—it tends to reveal itself over time, teaching you over the course of many hours how to wring maximum fun from its ruleset. But for folks who might be curious about roleplaying, starting them with D&D can feel like teaching someone parachuting in mid-air. Dungeon World, on the other hand, is intuitive and flexible, encouraging players to act in ways that make sense for their characters and letting you figure out the mechanics easily on the fly. There’s value in both systems, but I know what I’ll be bringing to the beach next year.

OMR: The Raid: Redemption, directed by Gareth Evans. This film, a 2011 Indonesian export, is one of my favorite action movies of all time, mostly because it understands its audience deeply. The majority of the film’s exposition takes place via one conversation in a short car ride as a special forces team makes their way to an apartment building filled with mobsters. It gives us the absolute bare minimum of necessary plot before getting to the good part: a sustained, masterful ass-kicking.

san il defanso replied the topic: #298017 06 Jun 2019 02:13
I got High Society as a convention giveaway several years ago, and I've played maybe six time since then. In that time I've never actually had the negative cards show up in the mix. I'm not sure how that's happening, but it does tell me with confidence that High Society really needs those negative cards to preserve its interest.

Greg Aleknevicus replied the topic: #298018 06 Jun 2019 03:18
High Society is particularly well-suited for only three players. The "poorest player can't win" rule becomes especially pronounced with this number and induces the "pleasurable pain" that Andrew mentions in his review.

Although it works with more players, I prefer to save it for when we're a trio.

Funnily enough, High Society feels far closer to Ra than Modern Art for me. The latter is all about the variety of auction modes whereas in both Ra and Modern Art there's a very strong "push your luck" feel, enhanced by fixed bids you can only use once and the need to avoid acquiring crap.

Never really got on with any of the "X World" games. I kind of understand where they're coming from but if you've been sat in the D&D mold for as long as I have, such a radical departure from the formula doesn't come easy.

Would really like to play Burgle Bros but too many games, too little time.

JonathanVolk replied the topic: #298024 06 Jun 2019 07:34
I may be misremembering, but I thought the negative cards were the only way to end the game—after all of them appear, the game immediately ends?

In any case, the new reprint of this game makes a big case for aesthetics being everything: the gorgeous cards and artwork really draw in gaming-agnostic players.

JonathanVolk wrote: I may be misremembering, but I thought the negative cards were the only way to end the game—after all of them appear, the game immediately ends?

In any case, the new reprint of this game makes a big case for aesthetics being everything: the gorgeous cards and artwork really draw in gaming-agnostic players.

There are 4 green cards, and the game ends when the fourth one is drawn. One of the green cards is a negative card. There are two other negative cards in the deck that are not associated with the end condition.

hotseatgames replied the topic: #298027 06 Jun 2019 08:11
I'll have to pick up Dungeon World sometime soon. Today my copy of Blades in the Dark arrives, largely thanks to your articles.

Gary Sax replied the topic: #298031 06 Jun 2019 10:05
Whenever I see Burgle Bros on BGG, I think of super buster Bros which was a similar themed Sega Genesis game which also led to hijinx.

Vysetron replied the topic: #298032 06 Jun 2019 10:26
I'm reminded of Bonanza Bros, one of my favorite old co-ops. You play two lego-looking guys armed with rubber bullets and hubris. Your goal is to steal all the important bits and get to the roof to escape on your...blimp? It was weird.

You had various means of avoiding and non-lethally neutralizing guards, but crucially none of them are permanent. You get around your problems, split up and meet up as needed to get out of jams, then bail. Burgle Bros bears a lot of resemblance, which is fine by me because both games are excellent. It also means the Bonanza Bros OST makes for good Burgle accompaniment. It slaps.

Legomancer wrote: If you enjoy High Society, you need to play QE. Similar idea, different execution, and a lot of fun.

The Kickstarter version of this is my current most anticipated game. I almost talked myself out of backing it because it sounded very much like a mash up of Ponzi Scheme and High Society, two games I already have... But I also love both those games and QE sounds super fun so here we are heh.
Read More...