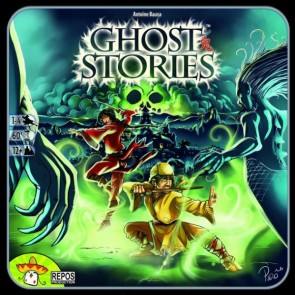 So after culling through all the Essen reports and mini reviews of this year's games (don't pretend that you didn't do it too), I again have a long list of Must Avoid games, and a rather short list of Want to Play. My list of Must Buy games is so short, that if this were an actual Essen Report, the obligatory section about how I fit all my purchases into my suitcase would be 6 words. "I put the games in the suitcase."

Dominion & Le Havre - These games are so hot there is no doubt that someone in my game club will show up with a copy as soon as they are available in the U.S., if not sooner. I am curious enough to try them, although I do not expect that they will light my fire.

Of the other hot games, Machu Piccho, Comuni, Diamond Club, Ice Flow, Castle for all Seasons, Cavum, Palais Royal, Krakow, and Byzanz are all on my "Sounds like about as much fun as smacking my head on the pavement" list.  There are a couple others that sounded dreadful, but I can't remember them all now.

Age of Conan - Love the theme, but so far I haven't heard anything that makes me want to put this on my Must Buy list without playing it first.

Space Alert - Of course this sounds cool. Of course the Man just about drooled on my keyboard when I showed it to him. However, this sounds like a game that you need the right group to play. It also sounds like it is most fun with several players. Since we don't have the sorts of people hanging about that would play Space Alert, it is unlikely that we would ever purchase it. It also does not sounds like the type of game that anyone in my group will purchase. My prediction is that Megafuna Dan will borrow a copy and bring it up some weekend, and we will laugh our asses off playing it.

Leader 1 - Another game whose images triggered just a bit a of drool. This one has been compared to both Formula De, which I don't care for,  and Um Reifenbreite, which I do like. The Um Reifenbreite terrain rules and the falling rules are what make the game come alive for me. If you ride a bike, you know that: if you don't have enough speed going into a steep hill, you will roll backwards; cobblestones are deadly: if you fall you will take out all bikers next to you and behind you, and it will hurt a lot. Unfortunately, it sounds as if what makes me like Um Reifenbreite, is not in Leader 1.  Fortunately, this is the type of game that some one I know is likely to purchase, so hopefully I will get a chance to try it before I need to decide whether or not to buy it.

Master Builder - Francie is a Kramer whore and luves games with 3D elements. If the price on this game comes down to something that Francie finds reasonable, she will buy it, and I'll be playing it with her.

Saigo no Kane -  $80+ Yikes! Too expensive to buy, but maybe someone else won't think so.  Probably not, but I can hope.

Ghost Stories - I've been waiting for this ever since MooFrank described the "Hopping Vampire" game last spring. Since no one I know is likely to purchase Ghost Stories, I  must buy it to play it.