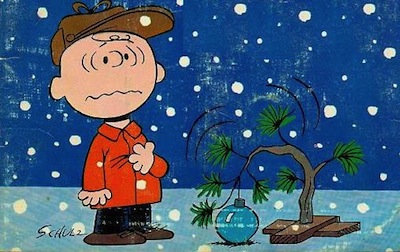 What changed this year? Well first of all, no game got the benefit of being grandfathered in. A couple of old favorites that have decorated the list for a couple of years fell off because I just don’t enjoy them quite like I used to. That’s not to say they aren’t amazing games, or even that they wouldn’t make the list next year. But sometimes games have a time, and it comes and goes. I’ll never get rid of those games, and I’ll never speak ill of them. They just simply aren’t where I am now. Secondly, I see that my tastes in “ameritrash” games has shifted as well. They’ve started to veer into the direction of simpler and more direct titles, rather than nuanced mechanical narrative feasts. I still like that kind of game a lot, but the leaner meaner game is what will get played more often now. Anyway, without further ado, here are my top twelve games, 2013 edition.

12. Dungeons & Dragons Adventure System
I wrote a mildly positive review on these games last summer, but since then I’ve discovered that they’re a lot better than I gave them credit for. There’s very little fat on this system, which provides a terrific dungeon-crawling experience without a ton of mechanical chaff. No fussing with range, and no fastidious placement of figures so that they don’t get in each other’s way. I guess I just needed to let them be what they are (monster-bashing), and stop trying to make them what they aren’t (something to be optimized).

11. Clash of Cultures
Narrowly missing my “game of the year” title in 2012, it’s ended up being my favorite from last years crop, and easily my favorite civilization game. Everything I want is here: conflict, technology, and a special emphasis on cultural influence that is something I haven’t seen before in the genre. It’s an epic experience, and yet the rules are intuitive and focused. There isn’t a mess of tokens and figures all over the board, and you don’t fight with the rules, just the strategy.

10. Agricola
Boy, who would have thought that this one would stick around? My tastes have moved far afield from Agricola, but it’s come to represent everything I hope for in heavier Eurogames. There may not be a ton of conflict, but it’s just so darn interesting to me. I’ve played so much that I’m almost out of scoresheets, but there still is never an easy decision for this game. Those minor improvements and occupations have it legs like I wouldn’t believe, and I’m still playing it five years later.

9. Mage Knight
Easily the most complex game on this list, and the most complex one I own for that matter, Mage Knight is one that I almost never play with real people, but that has made its presence known almost totally as a solo game. And boy, it’s really good. I mean, it just has so many nuances that gel into something that has to be experienced. It may require an apprenticeship to appreciate, but for once I think it’s actually worth the trouble. There’s nothing quite like it, and even without the expansion (regrettably I’ve never gotten around to buying that one), it has enough for years to come.

8. Duel of Ages II
Perhaps you find it ridiculous that I would praise such a recent game so strongly. To be fair it’s a pretty ridiculous game, so who cares? The tactical gameplay is stripped down and intuitive, and it’s covered in a bizarre everyone-versus-everyone-else-with-everything setting that sounds dumb in theory, and is certainly dumb in practice. But it’s also incredibly fun, and surprisingly organic as themes go. If there’s one main idea on this list that revealed itself, it’s that games should feel like play. This one gets that better than any game that’s come out in years.

7. Nexus Ops
I’ve come to the conclusion that I don’t really love dudes-on-a-map games because Nexus Ops has spoiled me on them. It’s all about attacking instead of politicking, capturing territory instead of holding it. And it’s about taking advantage of opportunities rather than drawn-out plans. If that makes me an adolescent who doesn’t like waiting around  for a real game to develop, then so be it. Everyone needs one game where you roll dice to kill plastic pieces, and this is the one for me.

6. Innovation
Innovation had a couple things that hurt its stock since last year, when it was all the way up at number 2. First of all, Figures in the Sand pushed the game into territory that was just a bit too much. It was good, but it just wasn’t necessary. Besides that, my biggest opponent with this game moved to Colorado. But I still love it, and I still think it’s got that unhinged feel of something like Magic of Cosmic Encounter with just a little box of cards. And even though Figures didn’t totally pan out, Echoes of the Past still gets my vote for the best expansion ever.

5. King of Tokyo
I don’t fully believe in the concept of “gateway” games, but if more of them were like King of Tokyo I imagine we’d have even more people in this hobby than we do already. It’s such an easy game to play, but it’s always so bloodthirsty. I’ve never seen a game promote trash talk quite like this one. It might have been diluted by the Power Up! expansion a little (though I still find the expansion to be a little underrated), but it’s still a gut punch to the dice game genre, effectively eliminating all of its closest competition.

4. Merchants & Marauders
Christian Marcussen is the only designer to appear on this list twice, and as good as Clash of Cultures is, Merchants & Marauders is even better. It’s so much more than a pirate game. It’s a game of trading, attacking, remarkable last stands, and potent narratives. At its core it’s a race game, but it’s filled with privateer missions, sea battles, and the terrific option to be a pirate or a law-abiding trader. That both options are viable and entertaining is a testament to what a terrific game this is.

3. Wiz-War
Wiz-War pulled a fast one on me. I thought it was merely pleasant, but it kept filling in the cracks in game nights, and then it was becoming something we played several times in a row. And then before you know it, I wanted to play it instead of bigger games. It’s pretty much just a lot of wizards launching spells at each other in a maze, and if that sounds appealing you’ll understand why this one keeps coming out. There’s a new expansion, Malefic Curses, that’s coming out very soon. This is one of three games where I will probably buy any expansion they release.

2. Talisman
I recently blogged about a four-hour game of Talisman where no one won. That might sound lame to you, but it was one of the best gaming sessions I’ve had this past year. It didn’t really matter who was the victor, it was just fun to travel in the world of Talisman, where fortune was fickle and everything felt dangerous and untamed. I’m so tired of games where everything feels like something I need to control. Everything is a risk in Talisman, and there are not guarantees. It actually feels adventurous, and that’s something that we need more of.

1. Cosmic Encounter
The Warpish seemed like such a cool power, you know? Plus 1 to my attack for every ship in the Warp? That’s killer in a five player game. And yeah, I got to four foreign colonies without much help because there were a lot of ships in the Warp. But then I kept drawing green’s card in the destiny deck, and green was the Loser. That means the winner loses and the loser wins, and I literally could not help myself from winning against Loser.  Warpish is mandatory, and I just obliterated every encounter with them. I lost that game of Cosmic Encounter, as I do all games of Cosmic Encounter. So maybe my obsession with this game all stems from that one insane session, trying to atone for that ridiculous situation. Or maybe it’s just that good of a game.