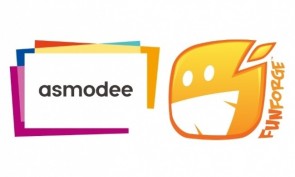 Asmodee USA Distribution announced it entered into a distribution deal with Funforge, a Paris-based board game publisher known for its high-quality titles. Asmodee USA customers will have access to Funforge’s line of English language games through this deal.

Since 2008, Funforge has published beautiful and creative games that have entertained countless gamers. In 2012, Tokaido, a peaceful, zen-like game by designer Antoine Bauza and artist Naïade, launched and inspired an entire game universe beloved by fans and supported by multiple expansions. Asmodee USA will distribute Tokaido and its expansions along with the upcoming Namiji, a new game that reunites Antoine Bauza and Naïade for a standalone, spiritual sequel set in the Tokaido universe.

“Funforge’s library exemplifies Asmodee’s mission to offer great games and amazing stories to our customers,” said Andre Kieren, Head of Distribution for Asmodee USA. “The universe of Tokaido, the Professor Evil series, and future releases are welcome additions to our offerings.”

Philippe Nouhra, CEO of Funforge, said, “Funforge is excited to collaborate with Asmodee for its distribution. We are confident that Funforge’s strong titles like the Tokaido line of products, combined with Asmodee’s presence and motivation, will push our games to an unprecedented level of success and bring joy to a broader audience.”

Funforge’s games will be available in early Q1 of 2020 from Asmodee USA. Retailers can contact their Sales Representatives today for more information and to place their orders.