Where have all the new designs gone? 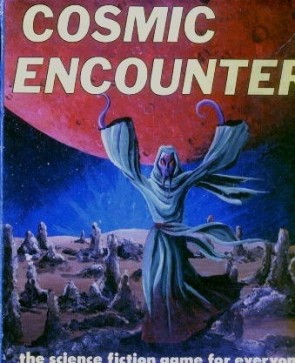 This started out as one of my usual rambling forum posts, but it's a slow news day so I've cleaned it up a bit to make it more suitable for a front page article. Still, I'm not known for coherent writing so attempt to read at your own peril.

The topic here is originality, creativity, and innovation in game design. Or more accurately, how there is bound to be less and less of any of those things in established genres. I'm going to be pointing to Eurogames quite a bit here because they're an easy target. In the mid-to-late 90's when they started peaking in popularity it was like a renaissance of games and we were all kids in the candy store trying to sample everything we came across. Because we don't usually get so many new design concepts hitting us at once it all tasted good. The genre hadn't defined itself or more to the point, we hadn't defined the genre yet. It's how we define a game genre that dictates how it develops over time.

If you were to look at the top Eurogames now you'd see many common things amongst them. Stuff like auctions, tile-laying, set collection, area-control, etc. We may also notice that older games like Settlers of Catan and El Grande feel rougher in their designs than newer counterparts. Because they were released before the genre was fully realized. Now that its become defined by its mechanics its also begun to stagnate. Take, for example, Reiner Knizia's work. He's developed his own style that he can copy from infinitely because he knows it will sell. There's no real motivation for him to branch out into new design ideas anymore. He just has to look for new ways to package his previous ideas. I'm not saying this is a bad thing as there is a target audience that obviously wants more.  He's happy, the publisher is happy, and the fans are happy. Just don't expect anything other than more of the same. The same really applies to Eurogames in general nowadays. The candy store is still open, but everything just tastes like sugar now.

I've said in the past that Ameritrash games allow for more creativity in their designs because they aren't defined as much by their mechanics. They can certainly suffer from the same similarities in mechanics as any other genre, but are also among the most flexible in that regard because its not the design that sells the game. Whereas in Germany it's the design that sells and publishers will slap any theme onto it. However, just to be fair, in the Ameritrash candy store all the wrappers are the same color. Shelves full of large boxes full of dice and fiddly rulebooks and cool looking plastic figures. This is all a bit superficial of course, but really I need something to write about and you wanted something to read. Anyways, this leads me to the so-called Hybrid games of recent years that I believe are the future of the industry. As a mix of Euro's and another genre, they allow for new innovation, creativity, and originality. They have a larger target audience than either of the genres they're part of do alone. The birth of a new game genre has occurred. Don't let it go unnoticed. As someone who likes both Eurogames and Ameritrash, I very much look forward to seeing more Hybrids.

This article turned into something a bit different than it was originally. If you don't like it then do not fucking ask me to submit stuff to the front page anymore.