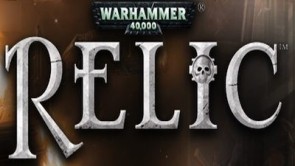 After waffling on it, I caved in and got Relic. It may or may not surprise you to discover that it is, in fact, Talisman 40K. If you are OK with that, get your order in. It won’t disappoint. Bring on the expansions, I can’t help myself. Reviewed at NHS, of course.

I originally was going to write up Kemet this week but I want to spend more time with it. Very unusual game.  It’s in the vein of Cyclades, but it’s also both somewhat simpler and more complex.  The geography is nuts- it makes the game feel like some kind of avant garde DoaM. It’s mostly pretty great, if you want the short preview.

After that I’ve got nothin’ on the review pile and few prospects, at least unless Z-Man sends me the Terra Mystica review copy I requested some months ago. Might be time for some Cracked LCD classics.

Hey, I actually did play a console game this week. Injustice: Gods Among Us. Or, the DC Comics fighting game made by the folks that made Mortal Kombat. I’m not sure what to make of it yet. When I first put it in, I went into the single battle mode and OF COURSE I did all the big matchups- Batman versus Joker, Superman versus Doomsday, Green Lantern versus Sinestro, Nightwing versus Catwoman (hey, it’s there in the subtext). It’s mostly pretty cool, but unlike Marvel vs. Capcom, the game is attempting to be serious and very dark. It doesn’t embrace the absurdity of a superhero fighting game. So you get these weird disconnects where, for example, Superman can punch a normal human character like Joker into orbit. Or Batman can summon the Batmobile to run over Lex Luthor (in his armor)…apparently driving straight through Arkham Asylum.

And I mean, really…can Harley Quinn (in her unfortunate biker whore mode, not the harlequin look) put up any kind of fight against Superman? Why is Flash so slow?

The story mode is just like Mortal Kombat’s, where it transfers seamlessly into battles. But so far, it feels like Z-grade DC. It’s not like they hired Morrison to write this stuff.

But the fighting is fun, the voice acting is decent (Kevin Conroy), and the roster is cool even though there’s a laundry list of “should’ve been” characters. No Darkseid? Really?

Other than that- yep- Starcraft II and Torchlight II. Finally feel like I’m getting how to use the Terrans’ special units. Having fun against the AI trying different strategies. Still terrified of multiplayer.

And I actually did play some IOS games too. I picked up Block Fortress, which is billed as “Minecraft meets Call of Duty”, but whatever. It’s basically a defense game where you build block fortresses, per the title. It’s actually very good and pretty deep. It gets crazy when you start having to use spotlights at night to shoot the goblins. The guys that made it also did Heroes and Castles, which is pretty good too.

Mighty Dungeons was last week’s Heroquest-like game, this week it’s…duhn duhn duhn…Dark Quest! And it has artwork ripped off directly from the board game. I think it’s definitely better than Mighty Dungeons. It seems more strategic in terms of the character choices, upgrades, abilities, and so forth. Looks like it was a dollar well spent.

That Leviathans game looks pretty neat, I’ll definitely be on that.

Kirbymania hit a speed bump this week, his ’76 series The Eternals at Marvel is terrible. It bored my eyeballs out. It’s a lame Chariots of the Gods-like deal that feels like the edited, cast aside detritus from New Gods. The artwork is uninspiring, the concepts are ho-hum, and in general it just feels like a book he wasn’t completely committed to. Probably will drop it and not read the rest.

This 70s stuff I’ve been so focused on has kind of pulled me away from the current stuff, I haven’t even been around to read Lemire’s take on Constantine yet. I’m behind on all of the Valiant titles too. Bah, I think I’d rather read some Howard the Duck and Tomb of Dracula this week.

Caught up on some documentaries this week, the best of which was either Last Days Here or the Bones Brigade one.

Last Days Here is about the singer of Pentagram, a fairly obscure cult metal act that had some recordings from the 1970s but didn’t have an actual album until the 1980s. He is, at least at the beginning, a complete disaster. Strung out on crack, living in his parents’ “sub-basement”.  A complete failure, squandering talent and with virtually no hope other than to die. The film mostly details how an indie record company guy sort of takes him under his wing, helps him out, and it culminates with a NYC show that more or less sets him straight. It’s surprisingly powerful, particularly how it shows how drug abuse completely destroys the mind and body in a very visual way. He looks completely different at the beginning of the film than he does at the end. The music isn’t that great- mostly Sabbath-y doom- but it kind of doesn’t matter. It demonstrate how redeeming and valuable music can be. Great stuff.

The Bones Brigade documentary almost had me in tears. A lot of documentaries about cultural stuff are very remote, things that you didn’t live through or really see when it was happening. But I _loved_ the Bones Brigade when they were at the peak of their powers, and I actually wouldn’t buy any skateboard that wasn’t one of theirs (which is why I never, regrettably, had that fucking Lucero board I wanted so bad or a Natas Kappas deck). I was a Powell Peralta kid all the way.

The documentary really shows how committed, passionate, and genuine these guys were- they weren’t that much older than me back then, but they were literally creating skateboarding as we know it today. It’s so crazy, I remember reading about this stuff in Thrasher or Transworld, these guys inventing tricks that today you can do 1,000,000 times in Pro Skater or the Skate games or see in any skateboarding competitions.

Seeing the old Bones Brigade video stuff- mainly Future Primitive and Animal Chin- was particularly nostalgic. Watching Lance Mountain (whom I just LOVED since he was just like, some regular dude and he was also somebody’s dad) wake up  and drop onto the roof of his house from the chimney brought back so many memories of watching those tapes.

These guys were all so freaking cool. McGill invented the god damned McTwist. Mullen (who I never realized has some kind of Aspergers) more or less created modern freestyle. Caballero was in The Faction, And of course there’s Tony Hawk. I had the haircut, I’m not gonna lie.

Love this stuff. Wish skating was still this awesome…innocent, naïve, and really free-spirited.

More like “on You Tube” this week, I think I’ve listened to the little one minute clip of the new Daft Punk single “Get Lucky” more than anything else. It’s a KILLER song, it’s got to be the track of summer ’13. It’s pure disco, with the unmistakable guitar of Nile Rodgers driving some incredible hooks. Pharrell Williams, whom I have very little knowledge of, delivers a great disco vocal that calls to mind early Michael Jackson in its phrasing. The video is beautiful, just the band playing (all real instruments), wearing YSL-designed suits encrusted with gems. There’s some marvelous close-ups of robot hands, gleaming in the light. Very Sorayama-sexy.

Can’t wait to hear what they did with Moroder, the track is called “Giorgio by Moroder”

FTR- disco does not suck.

Discuss this article
Log in to comment
Posts in discussion: Barnestorming #40k- Relic in Review, Injustice, Bones Brigade, Get Lucky