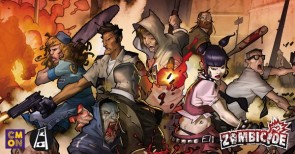 Publisher
CoolMiniOrNot
There Will Be Games

CMON Limited announced today that they have partnered with Need Games!, an up-and-coming Italian RPG publisher, to design and publish Zombicide: The Role-Playing Game (Z:RPG), based on the celebrated board game franchise.

Z:RPG, designed by Marco Maggi and Francesco Nepitello, merges the classic zombie-bashing action that players expect from the Zombicide line of board games with the exciting character creation and development of an immersive role-playing game. An intuitive set of game rules will allow players to create original Survivors during a Prologue that narrates the players’ first contact with the undead menace. Then, the Survivors will plunge head-first and galvanize into a group of die-hards with their first adventure: “The Crossroad”. This adventure will allow the players to describe where and how they got together, and why they watch each others’ backs. “The Crossroad” is a fully-customizable entry point, created to allow for different play-styles and settings, whether a classic urban locale, an infested shopping mall or hospital, a remote scientific lab, and more.

In Z:RPG, the rules governing gameplay for the players and the Game Master are not the same. Where the players use mechanics inspired by the fast-playing Zombicide board games, the Game Master employs a set of special Zombidice dice that will allow them to quickly determine the consequences of player actions, gauge the strength of their opposition, and even determine the enemy actions during combat. Players of Z:RPG will experience first-hand what it means to witness a zombie apocalypse, and they will discover if they have what it takes to survive it.

“We in the design team are very excited to be tasked with bringing Zombicide into the world of roleplaying,” said co-designer Francesco Nepitello. “We’re currently hard at work to create a game that will offer a new perspective into such a rich property.”

Zombicide: The Role-Playing Game is scheduled for Kickstarter in Q4 of 2019. Those attending GenCon 2018 will be able to meet co-designer Francesco Nepitello at the CMON booth (#415) from August 2 to August 5 in Indianapolis, IN.

Michael Barnes replied the topic: #278455 26 Jul 2018 17:02
What’s worse, this or the Munchkin Dungeon game CMON is doing. Has any publisher ever been so bereft of original concepts?

SuperflyPete replied the topic: #278459 26 Jul 2018 17:13
In related news, Lucasfilm has announced Cantina Band: The Movie. This film follows the adventures in the outer rim of your favorite space band as they gig from backwater cantina to cantina.!

Shellhead replied the topic: #278462 26 Jul 2018 17:21
I hope that there is a special Zombie character class, so players can role-play braindead consumers.

SuperflyTNT wrote: In related news, Lucasfilm has announced Cantina Band: The Movie. This film follows the adventures in the outer rim of your favorite space band as they gig from backwater cantina to cantina.!

I listened to that a long time ago. It wasn't bad. 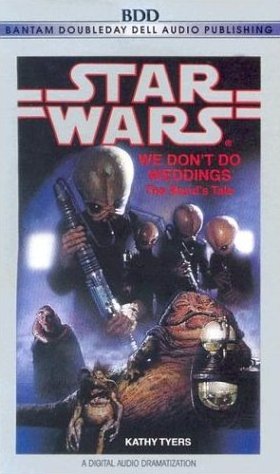 CMON is (shocker) doing a Kickstarter next year for an RPG set in their Zombicide "universe."

I was a Zombicide collector. I barely played the game, but really enjoyed releasing dopamine over and over again while buying all of the seasons, exclusives, and other.... stuff.

Anyway, I went cold turkey with their latest space version/season. Now I'm trying to figure out how to best sell off this gargantuan pile of great looking mediocrity.

The idea of expanded use via a role playing game is VERY appealing. Except. I'm no longer in a RPG mood.

Michael Barnes wrote: What’s worse, this or the Munchkin Dungeon game CMON is doing. Has any publisher ever been so bereft of original concepts?

san il defanso replied the topic: #278606 27 Jul 2018 22:56
Wow, ya'll are a lot more negative on this than I am. I actually think a zombie-centric RPG has a lot of potential. I'm not really familiar with the designers, but if they can make a game that is at least somewhat accessible, it stands a good chance to connect with a lot of people. Certainly zombie action is still holds a lot of marketing appeal, and I'm not sure that there are any other good systems out there that would be able to really serve as that kind of game.

My RPG experience is limited to D&D5e, so maybe other roleplayers can share if there is another system that really does zombie-movie style action. As for me, I'm a lot more interested in playing this than I am another tactical board game about zombies.

Shellhead replied the topic: #278608 27 Jul 2018 23:06
All Flesh Must Be Eaten is a decent zombie rpg, except that the skill resolution system is a little clunky. The core rule book does a great job of covering a wide range of options for running and playing a zombie campaign. The expansion books are also worth a read, allowing you to mix zombies with other styles of games, like kung fu, pulp heroes, or the old west. Another expansion book offers an additional 21 campaign settings.