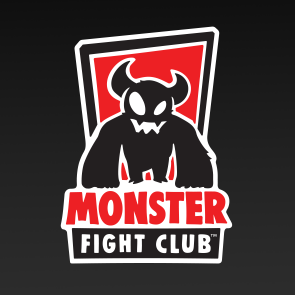 There Will Be Games
John Kovaleski, Aaron Dill and Peter Przekop combine to create Monster Fight Club 20 year hobby industry veteran John Kovaleski announced today the formation of Monster Fight Club, a new hobby game and product development company. Kovaleski, recently announced his departure from Gale Force Nine, the company that he founded and ran for 20 years that released such acclaimed boardgames as Spartacus: A Game of Blood & Treachery, Firefly: The Game, Sons of Anarchy: Men of Mayhem, Star Trek: Ascendancy, and the soon to release Vault of Dragons – a Dungeons & Dragons™ Boardgame.

“I am excited to announce the formation of a new gaming company called Monster Fight Club. Together with my friends and original Gale Force Nine game designer Aaron Dill and office overlord Peter Przekop, Monster Fight Club will design and innovate new and exciting gaming products while focusing on the different and original.”

Kovaleski is joined by fellow veteran GF9 game designer Aaron Dill (co-credited with the game design of most of the GF9 gaming range) and former GF9 operations expert Peter Przekop, who has been in the hobby game industry for over 20 years. Przekop has extensive expertise in opening hobby retail centers, project management and licensed products coordination.

Along with developing their own hobby game products, Monster Fight Club is also partnering with other hobby game and entertainment companies to provide creative and manufacturing services. Kovaleski stated, “with over 75 years of combined design and manufacturing experience in the hobby industry, it seems like a waste of resources to not team up with other top-tier companies and leverage all of our combined expertise and creativity. We already have a few great partnerships and are looking forward to many more.”

Visit www.monsterfightclub.com
and sign up for our newsletter to see what comes next.
There Will Be Games

WadeMonnig replied the topic: #285253 04 Nov 2018 16:21
They were bought out by battle front miniatures a while ago. John announced his departure the 15th of October. No mention of a replacement as made.

This is not good news for those upcoming Dune games or for long term support of the Aliens game.

Da Bid Dabid wrote: The Dune thing is what I immediately thought of and was saddened. But who knows, will just judge it on its own accord whenever it hits.

That's not how the internet works, you need to publicly declare it to be trash before it comes out or you have even seen it.
Read More...