Seriously. 2 years ago I had a balanced life, ate nutritious foods carefully hand-picked from all major food groups, had a nice relationship, a generous portion of sleep and enough spare time to irrigate an island group of decent proportions and still have time to catch re-runs of "Will & Grace". In short: I had a relatively balanced life. Ok, I shouldn't have mentioned that last bit, but I was just making a point.
And then it all went awry...

Sooner or later all gamers start writing up this great idea for a game they have.


It’s a simple fact of life. There’s no way around it. It just happens, like international crime-networks or ego clashes between lead-guitarists and lead-singers. Most of the time these designs feature (about 78%, it was researched by a well-respected German university) a dice-roll table longer than the script of a Tarkovsky movie. There's nothing wrong with that. Most of these designs, after finding a real job and starting a life/relationship/dog-kennel, disappear in a drawer and never see the daylight again. Yes, the universe can be beautiful like that.


But not, as you probably already guessed, with this guy.

It was in the humid summer of 2007 when I started thinking about the possibility to design a game that would actually "scare" players. Well, not actually scare, cardboard  doesn’t do that to stable people. More like: create some of the electrical tension that a good horror-movie generates. Having been dissapointed with many recent attempts on the market I thought there surely was room for another genre title, so I started to write up a rough design concept which I called "Dark Darker Darkest". A name that was loved by some, hated by others.

The thing is, while in normal circumstances this script would have ended up in a drawer, this time around it stayed on my coffee-table. And so it happened that one day an uncle of mine, a wargamer of the push-a-counter type, started reading it while waiting in the living room and started to make me enthusiastic about the idea of turning it into an actual playable prototype that he could test with his regular gaming-buddies who he constantly referred to as "the wild bunch" but listened to names like Fred and Norman, so "wild" was certainly no option. Sure, I should have stopped right there and told him I had a life and actually enjoyed regular meals and at least 16 hours of sleep. Instead, and this still baffles me even today, I heard myself say: "sure, I'll make you one". Of course doom set in immediately.


I had no regular meals, less than 5 hours of sleep and I smelled of chemical glue-spray instead of aqua fresh deodorant. At least I had a playable prototype sitting on the coffee table I kept telling myself. And so it came that after posting some graphic samples on a very well known site, let's call it Boardgamespeak, I was contacted by a dodgy entrepreneur called Massimo who was in the fabrics-business. Massimo was actually the cliche of how one would imagine a dodgy Italian entrepreneur. He talked in a nervous over-excited tone that suggested he was running a human-size hamster wheel when he spoke to me over the phone (which could have been the case). He constantly suggested me to "thinka big". Sure, I was young and naive. Sure I didn't had a goodnight sleep for centuries. But nothing explains why I agreed to jump on the boat with Massimo and sail the stormy seas of dodgy entrepreneur-ship.

Each day I got a phone call from Massimo. Sometimes from Shanghai, sometimes from Poland, always in haste as if he needed to catch 3 trains in 3 different directions. He was looking all over the globe for companies who would produce cool custom dice, miniatures and lasersharp printwork. But to make a very long story just long: this guy was not willing to take financial risks. What started as a great-looking game with truckloads of plastic eyecandy slowly degraded into a cardboard counter East-european cheaply printed extravaganza that would make even a Cheapass Game look snazzy. Which brings us to lesson 1 in my big book of how to become a gamedesigner: Never start a game-company with your game. Especially when the second person involved sounds like he's constantly trippin' on one Cappucino Grande too many.

And then I suddenly received an email from a bigtime company who had seen some samples and asked if I would be interested in letting them publish the game. Interested? I would sacrifice all the virgins in my hometown to even release a cardgame about gay intergalactic cowboys with this publisher, so I signed the pack with the devil and went off on a nerve-wrecking trip. by that time I was merely a shadow of myself and people actually called my name to check if I was sitting at the table when having lunch. When after months of midnight counter-cutting sessions I send them my first brave effort at a prototype I didn’t actually receive the reply I was hoping for. While they liked some of the mechanics, they thought the overall design was too complex. This bring us to my second lesson in design: always start with 1 cool mechanic for a design that is streamlined and allows to have the rest of the system build around it.

"We give you 1 month to send us a new version, but don’t expect us to change our opinion" they said.
See, if somebody send me a message like that, there is this little vein that starts working overtime in my head and all I can think of is prove them wrong. Call me stubborn, heck, call me Jean-pierre, but that’s the way I work.

Jump cut to 1 month later: I finished reworking the complete game from scratch. Yes, I know. Every sane person would have stopped right there and started to think it was time To quit the hobby and pick up life again, but no, this ego was at it’s peak and there was nothing stopping me. And then the miracle actually happened. They "liked" it. No friendly polite like, but a nicely argumented serious liking that ended the message with a promise the contract was on the way. They had put a senior developer on the project who was supposed to communicate with me on the progression. But sadly, all I got from him the following weeks/months were messages telling me he was busy on about 208 other projects. By then I was getting seriously worried about the future of the project. And then the bomb fell: while their playtest team loved the game initially, the big chief suddenly thought it lacked that golden spark that all their other projects had.


Third lesson of a beginning designer: Never start with a major company for your first project. They simply don't have the time/energy/lifestock to invest in a major way in your project because they simply have too many of their own stuff in development.

Let's look at the end result here: 2 years of work, an average sleep-pattern of 4 hours (instead of my regular 16 that keeps me barely alive), no balanced food-groups in sight, a social life that is almost non-existent (apart from x-mass holiday that doesn't allow me to transport 6 kilo of cardboard to a wintry location), a series of furry pets that are almost starved of affection and casual conversation, a loan for the 560 sheets of quality cardboard I purchased from hobby stores all over the country and eternally stiff fingers from cutting out 1577 round counter manually with a pair of scissors. Yes, the life of a first-time game-designer is very close to what Dante described as purgatory. Actually, It wouldn't surprise me that looking up "Divina Comedia" these days on wiki would show a picture of a rookie gamedesigner holding a rusty pair of scissors crying over a pile of wet counters.

Is there, despite the constant dread, a happy ending to this story I hear someone ask in the back row? Yes,...actually there is. 3 months ago I started to rewrite the game, streamline it to a decent norm (thought it never will win the "Spiel des Jahres" for sure, even if it would feature penguins and an auction mechanic) and re-direct it slightly into a grittier George Romero-setting. I send the rules-booklet to a series of publishers and received a long string of enthusiastic replies, asking to send them a playable prototype.
But you know what's the best thing that kept me going for all those long wintry months, living in an endless cloud of toxic gleu-spray, tears over a pile of cardboard counters?


This brings us to the fourth and final lesson: In the end, despite all the misery and doom that overshadows the life of a rookie designer, never loose focus on the only thing that is important during this hellish trip: All those enthusiastic faces of playtesters who completely get lost in the small universe you created out of pieces of cardboard and paper. Laughing, getting into all sort of tense discussions about strategies and ideal counter-storage and overall having a great evening of good ol' gaming. When you as the trigger of all this uncontrolled ambiance, sitting at a safe distance, look at all this wonder, well...that surely heals alot of deep wounds.

And what happened to Massimo I hear you ask...


Well, let's say our little dodgy Italian, after a financial disaster, spending more than half of his entire savings in a cuddly fantasy cardgame that naturaly nobody bought, decided a boardgame company wasn't exactly his ring-a-ding. I looked him up on Facebook not so long ago and he looked like several nerves in his face had exploded and frighteningly close to the hamster that I imagined running in the human-sized wheel.


Ah well, I guess being a rookie designer isn't half bad in the end. At least it doesn't turn you into a rodent that has to sell his house to stay in the game. 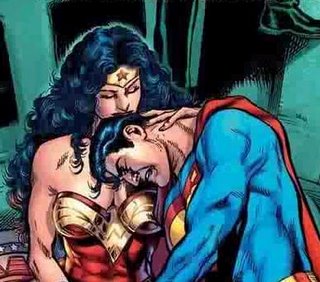