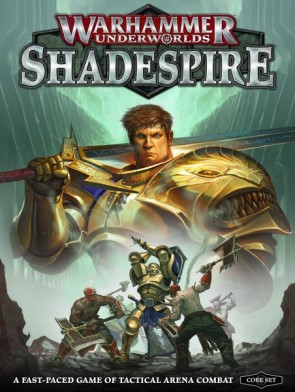 Early in this year I set myself a goal of playing through as many innovative games as I could. I gave a shout out for candidates, picked the most popular options and got playing. It's taken a long time but the goal was and worthy one: to try and recapture the excitement of discovery in a new game. It's something I seemed to have lost, and I wanted to find out why: was it me, or was it games? Most of all, I just wanted it back.

As the leaves turn golden and the nights draw in, whispering sweet promises of long evenings and whisky and boardgames, it seems a good time to take stock of this journey. Along with what, if anything, it might have taught me.

The bulk of the games I played were fun, but many were not innovative. At least not in the sense that I understand the word. Take Junk Art for instance. It's a brilliant game and one that I'm still enjoying with both friends and family. But its conceit is essentially that it is all the balancing games in a single box. Having a whole series of mini-games you can play with the pieces is the smart bit. Many of the actual games themselves are not so smart, however entertaining they are. Instead, the game packages up reformed, slimmed versions of ideas found by themselves in other balancing games.

A minority were the opposite: highly imaginative designs that didn't work all that well as games. The best example here is Vast: The Crystal Caverns. In all my years of gaming I've never played anything like it. Each player plays their own game by a different set of rules which somehow, magically, knit together into a coherent whole. It is quite brilliant, and fun, but it's held back by the baggage of all the players learning all the distinct rules to get a handle on how to work the strategy. All that effort for what is, in essence, a very clever bash the leader game.

One game stood out as being both and that was Millennium Blades. It was by far the most fun of the games I checked out for this project, and the only one that's kept up table time. The stress of playing it was a little like other time-tense games such as Space Alert. But its edgy competitiveness and game within game structure was such a delightful head-screw that it became both novel and exciting. But at the same time, it can be hard to muster the energy to play such a high pressure title.

Does any of this mean anything? Probably not. It's likely the meandering thoughts of an ageing blogger who's played too many games and given them too little thought. But to me, it means I was half right in thinking there was less creativity on display than there used to be in game design. When you reflect on it, this should be no great surprise. Board games are booming and more and more are coming out to crowd niches in an already busy market. Many of the good ideas have already been done: all that remains is for designers to pick them up, recombine them and make them better.

But not all of them. It's startling how designers keep managing to pluck fresh inspiration from tired old materials like card and wood and plastic. There are still some brand new games around, although it's getting harder to find them. And perhaps most sad of all, they're often not the very best games around. It may be that while there are new ideas to be had, the very best ones have gone.

So where does that leave me? Middle-aged and bereft of inspiration, mostly. I can feel myself slowing down, not getting those rushes of excitement that lead me to want to get new games and get them to the table. New rules seem more and more like a chore and make me want to go back to the hundreds of games I never gave proper time to first time round. Nothing wrong with that, of course, but it's poor fodder for blogging.

Just as I was about to fold on this whole project, though, I got an extraordinary surprise. A game dropped onto my doorstep that wasn't even on my radar but when I tore the shrink and red the rules, I felt a little excitement. When I played it, I felt it even more. It wasn't that old rush, that addictive desperation that creeps through your brain like heroin and leads you to demand another play, right now, even though its 2am and everyone's drunk and the guy playing green has started eating raw hamburger out of desperation. But it was a tickle of that feeling, and it felt like home.

That game was Shadespire. Mechanically, it's a bit out of whack. Design-wise it's leaning on a bunch of other tactical combat games, especially Dungeon Command. But whatever its faults, it's got claws: benign little hooks that reach out and grab hold of gamer flesh. It makes you want to play again, fiddle with your deck, start over. I know this from video games: it's called the feedback loop of self regulation and it's a key part of what makes games addictive and fun. And that's the most important thing I learned. For all that yearning over innovation, I learned that it matters a whole lot less than I thought. What matters is having a good time: and you don't need innovation for that.

I've rediscovered Magic recently, and lots of guys around here at F:AT have gone back to painting minis and playing GW games.

I think that what's more fulfilling and fun for a lot of us is to engage in one of those lifestyle games that make you feel creative, rather than trying to find creativity in someone else's work. [On the other end of the complexity spectrum, I think that one of the reasons that Codenames is so successful is that it makes people feel smart and clever].
Read More...