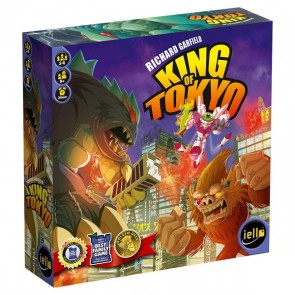 The Ionian Sea, normally a bright blue, is today an angry gray. The water roils and heaves as it breaks in fury against the pillar of stone that lies a short distance off the coast. A maiden shrieks in terror and strains at the bonds that hold her chained fast.

A man, his robe as white as his long flowing beard, stands near to the water line and raises his hands to the heavens. They tremble as does his voice.

"Oh great Neptune," he cries, "accept this our sacrifice and take mercy upon us!"

A gasp arises from the crowd of towns people who have gathered. A streak of light descends from the skies. It is a man upon a winged horse shining brightly in the gloom. He lands lightly and dismounts. His bronze armor gleams, his shield polished unto a mirror.

The old man, tears of relief mingling with the rain drops on his weather beaten face, turns his outstretched arms to the new arrival.

"Thank the heavens! A hero has arrived. Mighty champion, say that are you here to save my daughter. Say that you are here to slay the Kraken!"

The younger man looks at the elder as if he were mad.

The excitement of ConnCon over and done with, we returned to our work-a-day lives and our normal schedules which includes Thursday night gaming with the True Believers. Uba and Al's continuing frustrations with contractors, adjusters, and construction crews means that we once again met at the Secret Lair upon the Lake.

Uba was scheduled to pick up The Spawn from some teenage function or other later in the evening so our first game had to be something reasonably short. What better than King of Tokyo?

In recent years I don't think there has been a single game that has met with such universal admiration as King of Tokyo. It does just what it sets out to do. Nothing more and nothing less. A fast fun 30 minutes with just enough variety via the upgrades to keep it fresh and new.

Add in the recent expansion and the creatures get a little more unique and the game seems to last a little longer as players aren't so willing to throw away the healing hearts if they want to get some of those new abilities. I say a little longer. Five minutes or so longer. The fundamental feel and flavor of the game remains.

I was Giga-saur, and as we can all agree, the best and coolest of the giant monsters. This however, did not keep the tasteless barbarians I play with from killing me off and keeping me from my rightful throne atop Tokyo Mountain. (There is a Tokyo Mountain right?..No?...Well there should be.) In the end it was Engineer Al as the monkey who stole my crown.

Uba left to go get the Zo-nator aka Spawn so we three; Josh, Al, and myself, were left to our own devices.

Uba for whatever misguided reason does not like the game Cyclades. Yes she's wrong. Terribly misguided. Operating under false premises. But no one is perfect so we forgive her her silly notions.  But with her out we got a chance to break it out.

I did get to play this at ConnCon and, as happens sometimes while you are playing a game you haven't seen in a while, you ask yourself "Why do I spend so much time playing lesser games when I could be playing this?"

The game is close to perfect and I have a blast every time I play it. I like how there aren't a lot of overt catch-up mechanisms outside of the extra gold given by Apollo if you have but one island. For the most part it is left up to your competitors to keep you in check and yet with such a variety of strategies to pursue it is near impossible to keep anybody out of the running for good.

The game always seems to have just about everybody with the possibility of winning on the last turn. It makes it very tense.

At the convention we played using the Hades expansion. Just Hades. Not the minor gods and not the heroes. When the expansion first came out I played one game with everything. I think that was too much. Hades is a huge factor when you add him in and makes it even harder to box someone out of the win. He also promotes direct conflict and lessens the chance of a passive victory which I like.

The other parts of the expansion are cool too, don't get me wrong, but they add different things. Mini-gods that are less powerful than the main ones but still important enough to change the game and heroes which are stronger or longer lasting than the monsters. The expansion is great in that it is not "needed" to fix the game in anyway but gives you options to use if you want to mix it up a little.

As it was, we played the base game only at the Secret Lair because my copy was home and Josh doesn't have the expansion.  Strangely, Al had never played before. Not so strangely, he ended up winning.

At least I can claim the dubious glory of being consistent. I went the whole convention without winning a damn thing and now that can be carried over to F:AT Thursday as well. Freakin' Al Rose....gah!

Talk of trivial matters was robust. We spoke of the horrible movie Out of Africa. I think I made my feelings plain in the recent 5 second review. This however led to discussing two actors that were rivals back in the day. Robert Redford and Paul Newman. Both were viewed as the ultra male sex symbols of the 70's. The difference was Paul Newman could act, did much cooler movies, did lots of charity without drawing attention to himself AND he raced cars. Robert Redford...played the same character in every movie he ever did and...and...just fucking sucked. So clearly, Paul Newman was the better of the two.

Then Josh mentioned that he was reading the Dragon Lance series of books which we all agreed were simplistic, not great literature, but were silly fun. And the impact thay had back in the day! Before every twink RPG player wanted to be a dual sword wielding dark elf, they all wanted to be sickly mages with hour glass eyes.

This led to discussing sci-fi and fantasy books that we were blown away by as kids and how they stand up today now that we are adults. A couple interesting titles came up.

The Thieves World series of books, a compilation of short stories written by various authors in a shared setting, was one. I loved these books as a kid but all I can remember now is One Thumb the bartender and the immortal guy in the Sacred Band that got captured and was endlessly vivisected by some evil guy. Al and Josh had never read them but Uba said they held up OK as fast light reading.

Al mentioned The Amber Series by Roger Zelazny. I can't remember ever reading these but I find it hard to believe I didn't. Al was and is a big fan so I suppose I shall have to seek them out.

I also recalled Fred Saberhagen's Book of Swords which I really really dug as a teen. The premise I thought was one of the coolest ever but I can't recall the writing and I don't know how it would hold up. Saberhagen seems to have had a bunch of cool ideas. He also wrote the Berserker series of sci-fi stories. Tell me those weren't an inspiration for Star Trek's Borg. All regestered members may submit content to our site.
If you are interested in joining our team or becoming an associate or affiliate, please message us by clicking on the the red message icon below.
Discuss this article
Log in to comment
Posts in discussion: F:AT Thursday - Cyclades and King of Tokyo