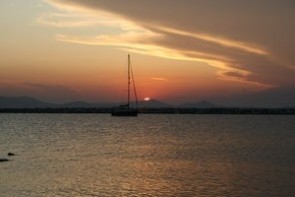 Even at my best I don’t like change very much. Be that as it may, I’ve got a big one around the corner. I’m preparing to move from Kansas City to Dallas, my first out-of-state move in eight years. A lot can happen in eight years. In that time I’ve met my wife and had two kids. I’ve transitioned from a graduate student to an office worker and dad, and now back to a grad student again. And not least of all, I discovered board gaming and got lucky to make an extensive group of friends who enjoy it along with me.

Obviously there are a ton of adjustments that my family will have to make, and on that list board gaming is pretty far down there. But I would lying if I said I wasn’t thinking about it a lot. That’s not so much because I doubt I can make board gaming connections down in the Dallas area. From what I’ve heard it’s actually a bigger gaming hub than anywhere else I’ve been, with groups all over the city and meet-ups of a much larger scale than what I attend here. It also helps that I’m generally a pretty outgoing person, able to approach and meet people easily and without a lot of anxiety.

But this weekend the real gravity of my transition finally struck me. It happened while I was throwing one final game night with most of my friends from the area. Every time another person left, it was pretty clear this was the last time I would see most of them  before we left. I felt a little irritated, because the game group I have in Kansas City is a pretty great one. I have a wide variety of friends who play games, and I’m usually able to find a good group for just about any type of game I’m interested in. There’s always been a good way to play new titles if I’d like, and several people who are up for new stuff that I might have to review. A lot of that works because we all know each other well. At the risk of dehumanizing my friends a little, I feel like I’ve broken in my gaming group like a good pair of pants.

Obviously I’ll meet lots of new people and make plenty of new friends, some of whom will like to play games as well. I think my annoyance is beginning to stem from how my experience with the hobby has shifted lately. When I started out, game nights were the best way to experience the hobby. Walking into a big room full of people? Sitting down and learning a brand new game? Sign me up! That’s not how 2014 Nate rolls though. These days I go to game nights to meet new people that I feel comfortable getting together with on a smaller scale. Most of the ones I do attend are populated by people I already know. I no longer get that charge from walking into the game room at my local store. I’m not really excited about having to get myself re-established in that kind of environment, because man, I got it just the way I like it.

But of course there’s more at work than that. It’s not like I’ve spent the last eight years with with fellow game-players. I’ve spent them with friends. Before moving to Kansas City I moved around a lot, and I’ve seen a lot of people move away from here, many of which were gaming friends too. I can handle that part, even if moving away from friends is never fun. For whatever reason, moving away from my friends with whom I play games is looming in my mind.

I think part of this is because board gaming isn’t a hobby that happens in a vacuum. As I’ve said before, a game doesn’t really function in an abstract sense. They exist to be played, forcing us to engage with other people. I sometimes wonder if this is how other people interact with board games, since I’ve met more than a few who seem interested in playing whatever with anybody. At this point in my life that just won’t do. I can find any geek to play Wiz-War with me, but it’s not going to be the same people who were with me when I fell in love with that game. And of course I didn’t fall in love with Wiz-War because of the game itself, not entirely. It became a favorite because it created moments with my friends that I wouldn’t have gotten any other way. I’ll find other people to play games with, people I love and cherish, but by its very nature it will change how I experience the hobby.

But rather than mope around and pine for what’s gone before, I’d rather be thankful for all of the great games we’ve played together, and the friendships that I’m carrying with me just because they once decided to sit at the same table I did. And I can look forward to the new friendships that will be forged around the table.

At 11 PM on Saturday, after everyone had already left my game night, we sat down to play a game of Power Grid. It’s a poetic way to finish my time in Kansas City, since it was one of my first game loves. I was with two of my best friends, and we played on the China map. It was the casual sort of session you only get when everyone is comfortable with each other and knows the game really well. We took two-and-a-half hours to finish. I imagine we could have finished an hour sooner, but we took a lot of time cracking jokes, talking about recent stuff we played, and kibbitzing about strategy. We saw perhaps one of the most ridiculous plant auctions I’ve ever seen in that game, where one of us paid $150 for the number 32 plant. And of course it ended in that gamey way that Power Grid often does, where one played came out on top and won in a squeaker. It was long, and we were tired. I don’t think I can imagine a more perfect game.