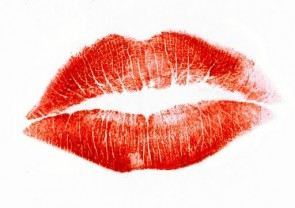 I’ve been coming to this website for many years now. I’ve decided that instead of constantly suckling off of the F: AT knowledge teat, like a gluttonous piglet, I’m going to give back.  What you don’t want my opinions and observations?  Well too bad because I’m going to give them anyways.  Hey you in front, hands down please; we will be doing a Q&A afterwards.

So I’m Egg Shen, but to most folks I’m Mike.  Unlike the character from Big Trouble in Little China I have no cool powers.  Hell, I don’t even have any potions.  I’m dreadfully normal.  Oh, and I’m white.  Don’t let the picture in the forums fool you.  Yep, I’m just an average, typical, white guy with lots of board games.  Shocking I know.  Here, use these smelling salts on the gentlemen that fainted in the back.

I feel like The Fort is one of the last bastions on the web for great board game discussions.  The people that contribute to this site and keep it afloat with content are top notch.  Many of them offer in depth analysis and review of the latest gaming has to offer.  Since I feel that the site has that stuff covered I’ve decided to go in a different direction.

So what can you expect from old Eggy?  Well, for now I’m planning on pushing out content on a bi-weekly schedule for the foreseeable future.  Most of the time my articles will just be general board gaming chatter.  Whatever I find interesting.  It might be dissecting a particular theme, going over a mechanic etc… I will also be reviewing games.  However, I will not be reviewing anything “HOT”, current, or en vogue.  The Fort has reviews for newer games on lock down.   No, I’ve decided to turn my discerning eye to games that the masses may have shunned.  I’d like to cover stuff that I think people on this website might have overlooked.  Sure I’ll occasionally review something newer, but I wouldn’t expect it to happen often.  I’m also going to tinker with blending my love of other hobbies into my gaming discussions.  We’ll see how that goes.

I guess now would be a good time to go over some basic likes and dislikes that will help you peer behind the veil that is the Mysterious and All Knowing Egg Shen.  I will try almost any game, from the driest of Euro to the silliest of party game. Games that bring emotions to the table tend to become a favorite of mine.  A table filled with cheers, jeers, fits of agonized harrumphs and f-bombs are all signs of a great time to me.  I enjoy negotiating and games that encourage alliances or backstabbing.  Rolling a fistful of dice almost always makes me happy.  My favorite game is Cosmic Encounter.  Favorite game designer?  Bruno Faidutti.  I’ll go on record and say that Bohnanza is Rosenberg’s masterpiece, not Agricola.  I can break down any subject matter into top five or top ten lists...and often do.  Skinny jeans on men over forty-six are a fashion faux pas.  You should never grow a beard exclusively on your neck. Kristen Stuart’s face took acting classes from my butthole after I’ve eaten five-alarm chili.  Tom Cruise is crazier than a sack of rabid muskrats, but I still love him.  You all leave Tommy alone.

Perhaps most importantly though…When I was six years old I saw a young woman at the beach playing paddle ball near the shore.  She was wearing a thong bikini.  It was one of those 80s style thongs that rode up high along the hips.  You know, tasteful.  As I walked closer to her I noticed something on her left bum cheek.  It was a tiny picture!  Closer and closer I staggered towards her.  The picture slowly came into focus.  It was a tattoo of sexy, red, lips.  As if a lover had smooched her ass and seared the moment onto her delicate flesh.  As I kept walking the lips seemed to hypnotize me.  Like a Siren’s song they beckoned me towards them.  Closer and closer I meandered until suddenly I SMASHED face first into the bronzed behind!  We were both stunned.  She turned and looked down upon me as I sat bewildered in the sand.  She giggled and flashed me a bubbly expression.  Her smile was like carbonation escaping into the air from a chilled glass of champagne.  Just thinking of it now fills me with an effervescent joy.  As I grow older I often think of her and how her toned, tight, sun kissed, buttocks molded me as a man…Aaaaaaaand this got weird in a hurry!

Ahem.  So what’s in the immediately pipeline?  The past couple of months I’ve been prepping to get a queue of articles ready to go for your consumption.  Right now I’ve got a few reviews ready to publish.  There are also a couple of retrospectives on games to see how they’ve held up over time.  I’d like to cover some expansions since they never seem to get optimal coverage.  One thing that I’m hoping to do is compare 1st and 2nd editions…or comparisons of original games to their reprints.  Lots of ideas are brewing!  I’m very excited.  Please feel free to hit me up with any ideas or suggestions for an article.  If you’d like to know anything else just go ahead and ask.  Hopefully my contributions are entertaining and informative.  Most importantly I hope they are up the lofty standards that this site is known for.

Hey, what more can a guy ask for? Me too. I got a very positive attitude about this.

repoman replied the topic: #209749 01 Sep 2015 12:15
I first met Egg at Trashfest, or was it ConnCon? No matter. He's a certified True Believer and even occasionally makes a guest star appearance at F:AT Thursday. A fun guy to game with. A fun guy to not game with. He likes coffee syrup and frappes but he is from Rhode Island so you have to kind of expect that.

Looking forward to your articles, Egg.

Egg Shen replied the topic: #209775 01 Sep 2015 17:49
Thanks everyone. It's been a while getting some content generated in the background. I'm pumped to finally have my first article go live, even if it is a silly little introduction.

I hope the article gives you a feel for my style and what to expect. My goal is to cover stuff that has flown under the radar or might warrant a second look. Don't expect to find a review of Forbidden Stars or 504 from me. You're much more likely to see me dig deep into some weird card game, an under-loved Euro or just some good old fashion ameritrash that nobody is playing.

Also, kudos to the chap that selected the image of the red lips. The tattoo of those lips are forever embedded into my memory. The selected lips are so close to how I visualize them in my mind. My 6 or 7 year old self did in fact walk, face first, into the ass of some thong wearing stranger at the beach. I was holding my aunt's hand when I did it...maybe I let go just before impact, not sure. Man, she laughed and started grilling me about that sexy woman real good. I turned as red as those lips.

Shapeshifter replied the topic: #209802 02 Sep 2015 06:21
Mike, this is exactly what I think was missing in the foretress: some good coverage of rare gems most have long forgotten on a regular basis.
I just love to read about these obscure games that I can hunt down.
You seem to aim for a wide range of genres, and that perctly suits my personal taste in games, as I recently have been discovering the charms of eurogames, after a long perdiod of AT gaming. So...bring it on!

OldHippy replied the topic: #209862 02 Sep 2015 19:14
This is exactly it. With so many main stays of the Fort taking off for miniatures market (but still doing great work here of course) we need to step up our game. It was the same impetus behind my recent couple of reviews (ground to halt since baby and new house but oh well) and I look forward to seeing what you do. I always liked your posts and I see no reason why your articles won't be awesome too.

Egg Shen replied the topic: #209898 03 Sep 2015 15:05
Thanks for the support JJ! I think more people contributing will certainly help keep this place alive and well. Your retrospective on Earth Reborn is exactly the type of article I'm hoping to see around here. That thing was outstanding! So once you get the time I'd love to see you continue with articles and reviews. Good luck with the newborn and the house! Congrats!
Read More...