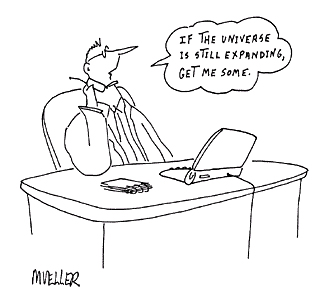 For as long as I’ve been gaming, game companies have been publishing expansions. It may be that this has something to do with the roots ofthe modern board gaming hobby in the early role-playing and miniatures game releases: those games virtually require expansion material and it’s something that the world of war gaming seems largely to have avoided. And for as long as there have been expansions I’ve had mixed feelings about them: for all that they can be fun they also offer marketing traps to the unwary consumer. As expansions become more and more commonplace, it seemed like a good time to sit down and take agood hard look at some of these issues.

The seeds of this column were planted some months ago when I first went through the rulebook for the Fantasy Flight Games re-release of Cosmic Encounter. Nestled comfortably in amongst the paragraphs was a statement to ignore certain icons on certain cards because they had only been put there to support some new rules and cards in an upcoming expansion. The text itself seemed harmless enough, but reading it pretty much blew me away: here was, for the first time I could recall, direct admission that a company was planning an expansion before a base game had even been released. At first I was outraged by this: if the company has more material that it knows can improve the game, why not squeeze it into the box? I felt like I’d been ripped off, bought half a game in the interests of getting me to shell out more for an expansion in a few months time. On reflection though it seemed that perhaps there were good reasons why some material might be kept back for an expansion. It kept the price of the base game down, and it’s possible that whatever they had planned for later release was more of an “advanced” game which would only be of interest to seasoned players. I had - and have - no way of knowing if either (or both) are true.  But it opened my eyes to the manner in which expansions can be both good for the game and potentially be duplicitous when used as marketing tools.

In my head, I’ve always divided expansions into three types. The first, easiest to describe and least common are those which don’t actually do a great deal for the game and aren’t very popular. A fair amount of Eurogame expansions fall in to this category because the simplicity of the rules of these games is part of their appeal, and expansions almost inevitably make things more complex. That’s probably why you don’t see too many expansions for popular Euros, although that trend is slowly changing. The second is the “fix pack” which is designed to improve some deficient aspect of the play or strategy of the game that, for some reason, escaped the notice of play testers. A good example of this is Shattered Empires for Twilight Imperium 3 which, in the eyes of many, took a good but clunky game and elevated it into an all-time great. The third type is the “modular” expansion, something which is supposed to extend the potential shelf-life of an already very playable game and which can be added in or removed at the whim of the players. You can often tell games which have modular expansions because they have the potential to generate quite a number of extra releases: the Arkham Horror series, for example, or the ever-growing Carcassonne family.

Simply making this division illustrates some of the good and bad things about expansions. If a game needs a fix-pack style expansion then don’t we, the gaming public, have a right to wonder why the game wasn’t released with that material in the first place? If a game is deservedly popular, should we be demanding more expansions to extend its shelf life, or be happy with the excellent game as a stand-alone product? The trouble with asking these sorts of questions is that we’re almost always ignorant of the details of the development process that a game has gone through and so we can’t make judgments about the reasons why a game has been given an expansion.  It could be that a “fix” pack expansion is a genuine attempt at patching up problems that the development team failed to spot until it was given a worldwide “playtest” on launch. Or it could be that it’s a deliberate and cynical attempt to make people who bought into the first game part with more of their cash. No-one is going to admit to the latter, so we’re left wondering.

Another thing that can be difficult for game fans is making decisions about what to buy and what to keep when you can’t be entirely sure what might be coming out in the future by way of expansions. Virtually the entire gaming world seems to know my stupid and obsessive dilemma about the re-release of Space Hulk. I now own a copy of both 1st with all expansions and 3rd edition and I’m in a quandary about which to keep. Keeping two virtually identical and quite valuable games offends my principle of not being a collector, and yet I’m wowed by the production quality of the latest edition and simultaneously drawn to the older one for its greater variety. The point of all this is to say that if I knew there was going to be more material coming out for the 3rd edition, it’d be an easy choice in favour of that game. Games Workshop denies that anything is forthcoming, of course, but then again it denied that Space Hulk would ever be re-released. So yet again, expansionitis is causing me grief.

So given that I’m the kind of guy who likes to be able to make certain choices whilst in possession of all the available information you might well imagine that the trend for expansions drives me up the wall. And so, for many years, it has. But recently I stumbled over something about expansions which is so simple, so essential to their nature, that I’d kind of overlooked it for decades. And in doing so I transformed my opinion of expansions from viewing them as a necessary evil to viewing them as potentially the saviours of the modern gaming market.

Because let’s face it, I’m an endless champion of the idea that there are only so many mechanical possibilities in gaming, and that once a designer has got a set of mechanics right in the sense that they’re produced a compelling game with lots of replay value there’s very little point in other designers going over the same ground. Yet of course they do go over the same ground, repeatedly, ad nauseum, and produce endless copies of crappy, derivative games that get bought, played and forgotten even though they don’t deserve a moment in the limelight. And yet it is a sad and inevitable truth that for most of us who aren’t willing to dedicate our lives to Chess or Go or Pick Up Sticks or some such the shine will eventually wear off even those games that pass the test of being at the absolute peak of what they aspire to be.

So what’s the solution? I’m obviously not going to recommend you go out and get yourself one of the legion of pale imitators that crowd the shelf of the gaming store. Clearly the solution is in fact to get yourself a well-designed expansion, preferably the modular sort, and carry on enjoying that favourite game to the full. If you’ve got a good basic system that encourages modular expansions and a dedicated, skilled design team who can keep on pushing out creative takes on the mechanics then you potentially have a great game which might last, oooh, forever. Look at Arkham Horror. I’ve got twenty plays out of the base game and one expansion, and I still feel no great need to buy any of the other expansions on the market. What’s each one of those going to be worth? Another ten games? Twenty? More? What about combining different expansions together to get different effects? Suddenly this game is starting to look like a lifetime investment. There’s no way, economically, to cram all this material into the base game, and seeing as that has a lot of replayability alone, you wouldn’t really want to. Arkham Horror may well in fact be the perfect example of expansions done correctly, in which its very hard to accuse the designers of laziness or the publisher of avarice. About the only problem I can find with the model is that I wish I could mix-and-match more and, say, get only the final battle cards from Kingsport Horror without paying for the rest of the stuff in the box. But that’s just unrealistic.

The flip side to this is that it’s very difficult to get right.  Indeed about the only other game I can think of which supports multiple high-quality expansions in a modular manner and yet has a hugely replayable base game is Settlers of Catan. And just as it’s unrealistic to expect designers to put whatever it is that I want from a slew of expansions into the same box, it’s unrealistic to expect designers to be thinking about modular expansions when they release a game. Design is a tough enough act as it is. But now we can go back to where we started with Cosmic Encounter and say that perhaps the example of an expansion-ready base game is in fact evidence that designers are trying to do just that and put together games whilst thinking about how to effectively extend the shelf-life for those players that really love the title.

I’m going to wrap this up with a plea, or perhaps a warning. It has become fashionable it seems to go out and buy and game and pick up one or more expansions at the same time. I can understand this - there’s a completest element to nearly every gamer and the idea that I might be playing a game that’s missing some cool shiny aspect from an expansion makes me feel a bit like visiting a theme park where half the rides are closed for refurbishment. But it’s not really like that, and the urge should be resisted. In my experience no game, not even games with highly lauded “fix pack” expansions, not even Twilight Imperium 3, absolutely requires an expansion to be worthwhile. Get your game. Play it. See if you like it. If you do, play it a few more times and then - only then - will you be in a position to judge whether or not you want or need to get an expansion for it. Doing so will not only encourage the modular design that I’m so keen on, but it’ll mean you get a whole lot more plays out of your game collection. If you’re playing with all the bells and whistles attached from the off, what more is there for you to explore in future plays? Keep yourself in the dark. Mystery is good.