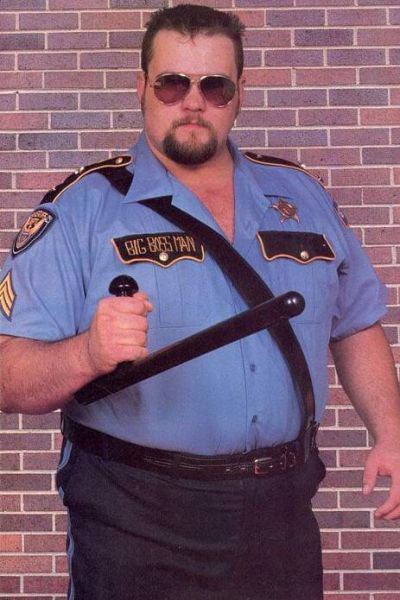 Barnes mentioned something recently in the forums about either not liking or being tired of the "big boss" syndrome in games. It really struck home with me as it dawned on me that this is something I really, really like--and the notion of having a "boss" to fight often makes a game more enjoyable to me. It's exciting, and conducive to an emerging narrative. It gives players a goal, something to ramp up for, something to accomplish. Sure, it can be a tired, cliched device as well, as so many action movies feature a lead villain, a nefarious end boss that the hero has to overcome and save the day.

But think about it just for a minute.  Ameritrash games often feature by definition a narrative thread.  This narrative story thread is what generally distinguishes Ameritrash titles from their purely mechanically-driven Eurogame counterparts.  You're not meant to be moving cubes on a board to maximize some arbitrary Victory Point amount, declared at the end of a fixed number of turns; you're meant to be participating in a storyline with a defined beginning, middle, and end.

Bosses in games help define all three portions of this narrative thread.  In the beginning, you are paltry heroes far too weak to overcome the villain with what you have at hand.  The middle is defined as that part of the game where your powers and abilities ramp up and you begin to chew through tougher and tougher henchmen on your way to the top.  Lastly, the boss battle gives a focus for the endgame, a (hopefully) satifsying event that brings the story to a logical--if not always happy--conclusion.

It is true that lots upon lots of games have featured this.  World of Warcraft: The Boardgame, Arkham Horror, Runebound, Buffy the Vampire Slayer and A Touch of Evil are but a few examples.  Because of the presence of this end boss, the game is defined by that journey, that preparation to face the ultimate evil.  Even better is when the narrative itself is assisted or partially defined by the presence of that main villain, such as Arkham Horror and A Touch of Evil, where the game will play differently due to the specific machinations of that end boss, depicted by their ongoing effects on the game and changes to the main game rules.  AToE does this especially well as in one game, the Headless Horseman will be cutting swaths across the board during his mad rides, while the Werewolf will instead lurk, hoping to pass on his curse and spread his disease.

It's important to note that you don't have to have a defined boss as it pertains to an incarnation of a villain.  This "boss" concept can extend to any goal in a game that you are striving for.  Neither Knizia's co-operative Lord of the Rings nor FFG/Nexus' War of the Ring feature a climactic battle with Sauron himself, but instead are focused on a narratively-driven goal--the dunking of the One Ring in Mount Doom, the accomplishment of which brings the game to a satisfying, logical conclusion.

Even in multi-player conquest games where defining an end boss is problematic at best, in most of them you can usually point to a deciding battle between two of the game's leaders, the fallout of which usually carries the game on a downard slope to resolution and victory.    This doesn't always happen, but by their nature multi-player conquest games will usually see two players emerge dominant from opposite sides of the map, and it's only a matter of time before the might of their military will find a way to clash arms in the center.  The victor of this orgy of violence between two superpowers will see him or herself crowned the ultimae winner, and thus the story ends.

I think this is why I find myself disappointed in some of the games I play.  If they lack this concept, or implement it poorly, then that story-driven approach is damaged.  TakeWorld of Warcraft: The Boardgame and its little sibling World of Warcraft: The Adventure Game. The fact that both games can end outside of this boss battle can leave each game feeling flat.  In the former's case, if you haven't accomplished your task in time, the logical thing to happen would be for the villain to attack, whether the heroes are ready or not, with the fate of the realm in the balance.  Instead, it breaks down into a tedious, illogical battle between the teams (I guess that the villain decides to go take a powder while the two sides work out their differences.)  In the case of the Adventure Game, it's quite possible to finish one of the high-level end-bosses and still see yourself short of victory, leaving the endgame of you doing some small, menial task to nab that last victory point you need.

That doesn't mean that games that leave you short of this epic battle are disappointing, so long as the alternate endgame proves to be similarly satisfying.  Arkham Horror is probably the poster child for this.  Instead of facing the Great Old One with a bunch of tommyguns and swords, the race to seal the gates and prevent their emergence can result in that great feeling of "slamming the door shut", preventing the ultimate evil from another dimension into spilling over to our world.  It makes sense, and is satisfying--despite the absence of this big boss battle.

I can still enjoy games that either don't feature this, or have what I consider an anti-climactic endgame.  Wallenstein sort of just ends after two years; Starcraft's base game has a particularly dire "oops, I won" endgame problem.  However, if the journey and mechanics are sound, and you can still cobble together a narrative thread from what's going on, then a game can overcome that and still be enjoyable.

So this is a note to game developers:  honor the memory of the fallen Big Boss Man pictured above, and keep bringing me giant demons, malevolant dragons, and B-movie horror villains to kill.  'Cause that means I'm going to enjoy kicking its ass all the more.