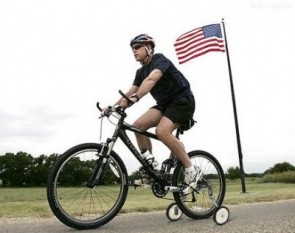 Being the guy who reviews games means that I’m usually the guy teaching them. This was the case even before I started writing about games regularly, since I was one of the buyers among my friends. I would decide what I wanted to play, buy it if no one had it already, and then teach it to everyone else. Teaching is something that most gamers need to figure out, and I feel like I’ve gotten pretty good at it. But lately I’ve grown weary of being the teacher. I’m not sure if it’s a function of too many games, or a growing sense that more and more games require “training wheels” to enjoy the experience. But either way I’m tired of learning and teaching games. I’d much rather play them.

It’s pretty likely that this really is a function of both having too many games to play and not enough time to play them, a dilemma that almost every gamer can relate to. Believe me, it’s a lot of fun to keep up with new titles, and not every game can get played on a monthly basis. Just because I haven’t played Dune since August doesn’t mean I need to trade it away or anything. But for the more complex games in my library, I increasingly feel like I need to always spend a few minutes brushing up on rules before I teach it to everyone else.

Maybe it’s my imagination, but I increasingly feel like more games are starting to demand more of the players. I don’t mean that exactly in terms of rules-weight. I’m amazed at how digestible most games are, actually. It seems like designers are getting better and better at wrestling down complex systems into a manageable ruleset. One of the great things about a game like Clash of Cultures (for example) is that it handles its own complexity as deftly as it does. It may be a monster, but it’s laid out in such an intuitive and evident way that you barely notice. But Clash of Cultures is also a good example of the kind of game that typifies modern complex games for me. Rules can be digested, but nuances that exist between the rules take several games to master. There’s no way you’ll digest all of the tech interactions in one, or even three, games. Even if I find the game to be manageable, it’s still incredibly demanding.

One reason this may be happening is because publishers have started to publish fewer full games and more core sets. Even games that aren’t collectible are still expected to begin an entire product line of expansions. I’ve talked about this phenomenon before, but ultimately you can’t blame the publishers for this emphasis. If people will buy them, it’s a steady revenue stream in an industry with thin profit margins. But it does mean that it’s a lot harder to introduce someone to a game and give them a good idea of its possibilities. Either they will learn the basic core set and have to trust in potential, or they get thrown in the deep end of the “full experience” and are overwhelmed.

And that doesn’t even begin to touch on games that have an “introductory scenario”. Let me be frank: I hate these things. It’s not as big a problem when the game is mostly a solo game (as has ended up being the case for Mage Knight and Robinson Crusoe). But if I’m going to be teaching a multiplayer game, I don’t want to have to stick with the first scenario for the benefit of the new players, and I almost always have at least one new player at the table. Because of that I have a tendency to skip them entirely. That’s usually alright, but what do I do when the game is just a bit too unwieldy to process at one go? I’ve taught many games of Duel of Ages II, and I love it. But it’s just not easy to give a sense of the game after one session, whether you’re learning everything at once or not. Certainly you can’t begin to appreciate it through its learning sessions, but there’s a fair bit to teach if you plan on skipping them.

Why is this a problem at all? Because every first session is an audition for those new players. A game doesn’t need to completely come together at once, but it does at least need to make a case for itself on its first chance. One serious issue I have with the very complex abstract Euros favored by so many is that there is not a thematic hook for the grind of learning the system. If I’m going to struggle against a brutal system, it had better have some kind of payoff before I spend five games learning how to play well. But even in thematic experiences, there needs to be some minimal level of experience before a lot of games pay off. I’m not sure I ever want to teach someone Battlestar Galactica again, because I don’t want to run the risk that the new player will get the Cylon card and get eaten alive by a group of experienced humans.

Basically, it feels like I’m forever in a stage of bending my groups around a lot of games, when it should really be the other way around. I’ve built myself a collection with several games that require experience to pay off, and that’s a recipe for either not playing them very often or suffering through subpar sessions. Maybe that’s why I’ve found myself drawn to games like Talisman and Wiz-War, both of which are light enough for anyone to pick up, even with expansions. Other games, like Cosmic Encounter and The Settlers of Catan, exist as a framework to be molded by the players and can be grasped intuitively. They might fall flat now and then, but they’re much more likely to pay off immediately. I will always want to own games that require a little work to teach and play well. I just don’t need to own that many of them.