So Sick Of Words 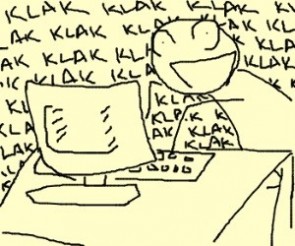 When I was just beginning to write about board games on a regular basis, I had a conversation with a friend of mine about a particular piece I had written. I expressed my desire to become at least something of a notable personality in the hobby, and he told me that if that was something I wanted I would do well to create a video series that explained complex games. I have never had a ton of use for video board game content, so I explained that I only really had the time and inclination to stick to the written word. That was what brought me into the hobby, and that was where I wanted to contribute.

At this point I feel like I’ve been able to at least add my voice to the conversation, but my friend wasn’t kidding when he said that video content was the way to go. Not only are most of the major personalities in board game-related content doing it over video, but the major figures who made their mark writing about board games have either moved on to video or been passed by entirely. In the world of board games, print is dead, or at least dying.

Not that there isn’t stuff out there to read. One need only go to the front page of Boardgame Geek to see the keystrokes that have been spent discussing the hobby. A lot of the writers who were influential to me, like Chris Farrell, Brian Bankler, and Bruno Faidutti, are still active, though perhaps not with as much output as they used to produce. But however much influence they used to bear, it seems to have largely passed. What happened to board game writing? Why does it all feel like a mass of hissing static next to the prominent videos that now seem to be steering the conversation?

One thing that no doubt contributed is the ability for anyone to get involved. Written board game criticism has never existed in the hands of any one gatekeeper. That’s how I got involved in it after all. I just started a blog and kept writing, and it turns out I did it the hard(er) way, since most people just post their material to BGG. With such a low bar to clear the front page of BGG is an endless jungle of options to read, and the law of averages dictates that most of it isn’t very good. Besides that reading takes time and energy, so it probably didn’t take much for the immediacy of video to dethrone written criticism as the main conersation.

I suspect that another contributing factor was the advent of crowdfunding as such a force in the hobby. However you feel about Kickstarter, a glance at the BGG Hotness shows that a high percentage of the conversation now revolves around games that don’t actually exist yet in a physical form. As a writer it’s tough to write about something that is mostly an abstraction, though that doesn’t stop some people from trying. Unfortunately most such writing boils down to hype, expressing excitement for an upcoming game based on little besides gut feeling. Videos are far better suited to the “preview” task, and plenty of content creators have been happy to oblige in this regard.

Sometimes I wonder what kind of effect this has on written reviews, most of whom rely at least to some extent on copies provided by publishers for review. Since I’m not a publisher I can only speculate, but I worry that the thin margins and low print runs mean such copies are now a lot more likely to go to video content providers, especially those who create videos outside of the realm of reviews. It only makes sense, since publishers would probably rather invest in someone who can give a broad overview without the possibility of turning off a purchaser with a negative review. Again, this is pure speculation on my part, but I’ve noticed that it’s getting harder and harder to nail down review copies. Admittedly on the scale of board game writers I’m pretty minor league, but sometimes I wonder if it’s because I’m part of a dying breed.

I want to be very clear: I don’t think board game writing is going anywhere. There are still plenty of writers who do great work, and there always will be. But I’m beginning to think that us writers need to come to grips with the idea that our appeal is much more specialized than it used to be. The hobby has experienced enormous growth over the last couple of years, and most new gamers just aren’t that interested in tempering their enthusiasm for board gaming with lots of 1000-word articles on the difference between theme and setting. I know I certainly wasn’t when I got into boardgaming. I’m inclined to call the transition a bad thing, but by the standards of a lot of people I’m now a crusty old fart in this hobby, and I have a vested interest in the outcome. Most likely it’ll just be something different, neither better nor worse. Either way I’ll still be talking about something. We’ll see if anyone listens.