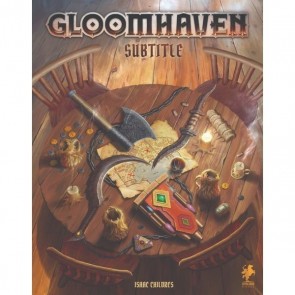 The hottest news from the last two weeks. Be sure not to miss it!

OK, maybe not that small.

Unless you're a clown.

But pocket sizes aside, Isaac Childres has announced a new addition to the growing Gloomhaven franchise. Thankfully, a cheaper addition. While they're still workshopping titles such as: My Little Gloomhaven, Mint Gloomhaven, and Gloomhaven: The Dice Game. The game is simply called called Gloomhaven: [Subtitle].

The contents of the box include a 24 scenario campaign taking place prior to its big box brethren. In addition, there will be four new characters. Making sure you're getting something of value whether you're a new or returning player.

On the back of the recent release of Tapestry, Stonemaier Games has gone back to the Mint to print some more money in the form of The European Expansion to Wingspan. This expansion adds new mechanics, new goals, and of course new birds!

Staying with Wingspan there is also an update to the base game box. Ten new cards have been added, as well as four player aids. This will be available for purchase as a promo pack for those who already own the game.

Just in time for Essen, Rio Grande Games has quietly added some interesting games to their English portfolio. First is Robin of Locksley, a racing set collection game from the board game maestro Uwe Rosenburg. Secondly, is an unbeelievable game from Bruno Cathala and Johannes Goupy called Queenz. In it players take the role of beekeepers. I haven't heard too much buzz about this one, but these puns are making me break into hives.

On a Scale of One to T-Rex is another interesting game to try get your tiny mishapen hands on. It appears to be a charades version of a Wavelength - a game that has me FROTHING at the mouth. Basically, you're given a task and an intensity, and have to act out that intensity. With players trying to guess what intensity you're miming. Attached to the game is a designer who's recently been turning cardboard into gold - Wolfgang Warsch. 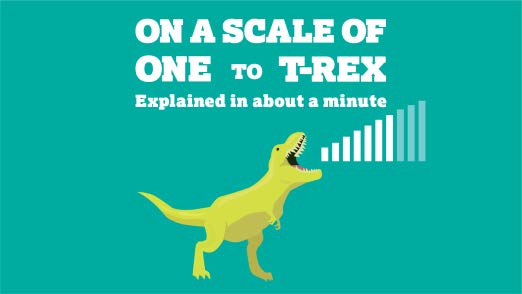 On Kickstarter, Uproarious Games returns with The Grand Carnival. It's a polynomial-placement game, and while I haven't been so hot on polynomial games. This one looks good. For the sole reason that you're placing polynomials, as well as creating the area where you can place them in the first place. This double-decker puzzle, plus the other rules and restrictions already have my brain engaged.

It also has an amazing video - check that out at least.

Sub-Terra 2 is ready to drag you underground in search of the missing artifact. The first game was good - I reviewed it. And while I didn't give it my highest of praise, it did a lot of things brilliantly. This second game changes the theme from horror to adventure, and adds more mechanics to the mix.

The last game this week is Calico, which seems to rival both Parks and Tokaido for coziest game of all time. It's a spatial puzzle game that involves comfy quilts and comfier cats. Beyond it's comf factor though, there seems to be simple but deep puzzle.

Discuss this article
Log in to comment
Posts in discussion: Gloomhaven So Small it Fits in Your Pocket! And Other Board Game News