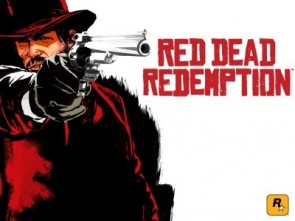 You might have read a couple of reviews of Rockstar’s smash hit RED DEAD REDEMPTION that have compared the Old West-set sandbox game to classic western cinema and without a doubt the game is haunted by the silver-screen ghosts of everything from the obvious Sergio Leone references to slightly more obscure ones like PAT GARRETT AND BILLY THE KID. And it’s got to be either the Spaghetti Western classic DJANGO or the apocalyptic finale of THE WILD BUNCH that inspired the writers to end about half of the story missions in the game with a gatling gun massacre. But a more apt comparison would be the notorious box office dud HEAVEN’S GATE, a sprawling, epic mess that fails to hold together for its duration despite intermittent brilliance and some truly beautiful elements that are unique in the Western canon. RED DEAD REDEMPTION has ambition, scope, and at least two handfuls of moments that are quite literally among the most stunning that I have ever experienced in video gaming.

The single-player campaign, which will wildly vary in length depending on how much of the side quests, collection runs, and errands the player chooses to undertake, starts off with a bang that will make even the most jaded gamer believe that Rockstar is aiming for the fences. John Marston, our protagonist, boards a train and overhears a couple of different discussions about the state of the West circa 1911 and the looming sea change in attitudes, technologies, and politics that is about to occur. He steps off the train in a small town in what appears to be a fictionalized South Texas, and an electric guitar chord a la Morricone hangs in the air. Everything was perfect.

And for the first hours, it is pretty damn close to perfect as you get your bearings and wander around simply taking in the completeness with which Rockstar has rendered its Western setting. Without much delay, a traditional Western narrative emerges as we learn that Marston, a former gang member, is trying to go straight and has been sent by the US Government to bring a former colleague in for justice. Things go pear-shaped both in the story and the direction of the game as what follows is a long-winded series of unfocused story missions that all seem to have Marston doing someone else’s bidding with the promise that maybe next time the NPC will provide crucial information in exchange for Marston’s hard work. The supposedly epic, sweeping story disintegrates into various sandbox game vacuum fillers such as silly mini-games, races, and random events that occur all too frequently, such as a prostitute that just can’t seem to stop getting into trouble with a knife-wielding assailant. Sure, a lot of the game’s weakest components are optional, but the end sum is a lack of focus and a dissolution of what should have been its chief themes and narrative threads.

The game has four distinct phases including a soujourn into Mexico where Marston gets caught up playing both sides of a revolution (shades of YOJIMBO) and an extended epilogue and although the writing makes several feints toward some truly interesting subtexts and thematic material that speaks to larger ideas of the West and its twilight period at the beginning of the 20th century, it almost feels as if the writers’ reach exceeded their grasp, and potentially fascinating story ideas that could have revolutionized video game storytelling retreat to clichéd caricatures and repetitive, action-focused missions. There are couple of story events that seem contrived and without foundation, particularly in the game’s fourth act which shall remain unspoiled. At some points, I was convinced that instead of drawing on character or narrative motivation the writers were simply content if a turn of events was “cool”. It shows that games still have a long way to go in terms of writing if they’re going to stand alongside cinema in terms of story presentation.

The story, which some critics are hailing as a triumph, is so wildly uneven and so full of unfulfilled potential that it winds up being perhaps the weakest part of the game. Which isn’t to say that there aren’t some really outstanding passages that result in some truly thrilling passages like the rescue of a family being held hostage in a farmhouse or an extraction mission set on a derelict riverboat. And despite embarrassingly typical Rockstar characters painted with the broadest brush possible (a drunk Irishman) some memorable characters. Bonnie MacFarlane, the rancher rapidly approaching “unmarriagable” age is notable, as is the aging, expatriate gunslinger Langdon Ricketts. But, par for course, everything in the game that is truly great has something truly bad to balance things out. Whoever wrote the American Indian character Nastas’ lines has apparently never met a Native American before. They don’t say speak exclusively in portentious, “this was once our land” comments. And the Western genre abandoned the “how, white man” stereotype long ago, so it’s particularly embarrassing to see it turn up in a modern instance.

Fortunately, the remainder of the package in terms of gameplay is solid if uninspired and similar to GRAND THEFT AUTO IV as widely reported. Control is much tighter than in that game although there are still numerous hiccups and intermittent clumsiness- there were a couple of times when I had trouble walking through doors, just couldn’t get the aim quite right.. A simple but effective cover system adds some excitement to the game’s many shootouts. The “Dead Eye” slow-motion mechanic from RED DEAD REVOLVER returns, and the ability to shoot off a duelist’s hat or disarm a villain holding a hostage at gunpoint is always thrilling. Horse travel is always fun, and simply riding out on the range can be strangely rewarding, let alone hunting wild deer on horseback or running escort for a train.

Missions vary, but inevitably repeat. Quality also varies, with some missions like a government attempt to stop a bank robbery and escorting a supply train through hostile rebel territory representing the absolute best I have seen to date in a game of this class But others are dreadfully boring and tedious, particularly after you’ve done them several times. It’s cool that cattle-driving is included in the game, but I’m pretty sure most gamers will be more interested in the bounty hunting missions. But if it’s arm wrestling, flower picking, and cougar hunting you’re looking for, the game has plenty of that. There are also several gambling games including a surprisingly complete Texas Hold ‘Em game and Liar’s Dice. You can earn some extra money for doing them, but I never really needed much more money than what I looted off of dead bodies.

It’s such a tough game to judge because for all of the complaints- many of which lie at the core of the design- there are elements where I would defy anyone to find a better example of artistry in the video games medium. The level of detail is simply extraordinary, from riding across the plains and watching the fauna to stopping for a second to see how dust hangs in the air, illuminated by sunlight from a dirty window. It’s hard not to be impressed with the fine points like the texture of cloths, the tap of a hammer on cartridge, or the way that Marston runs- like a man wearing hard-sole cowboy boots would. You can see muscles of the horses rippling beneath fur and skin.

Characters are beautifully animated with some outstanding facial animation and uniformly great voice work, I’d say that much of the cinematic work is on par with UNCHARTED 2 although there are some uneven portions, largely due to writing issues. And John Marston does emerge as one of the great video game characters, with a lot of his story gradually revealed and intimated rather than shown over the course of the game. It’s interesting that he really is a good guy, polite to the ladies and true to his wife, but the specter of a murderous past looms over him everywhere he goes. The only weakness in his personality is his willingness to do others’ dirty work without question, but without that conceit there wouldn’t be a game.

I don’t know that I’ve ever been so torn on a game before. There is so much that I am completely in awe of in the game, from its stark black-and-red menu screens to some of the best sound design in games to date. It comes down to the fact that it’s really a game of moments that don’t necessarily gel together because it simply bites off more than it can possibly chew more often than not. There is one moment in particular, which I won’t spoil, that is one of the most lyrical and poetic pieces of video gaming I believe I’ve ever seen. It’s subtle, low-key, and many will ride right on through it without blinking an eye. But if you pay attention and stop for a second, you’ll be rewarded with an absolutely transcendental moment that captures a sense of loneliness, frontier, and profundity.

Should you play it? Absolutely, without a doubt. Is it an important game? Yes, I think it is because it serves to validate a classic American genre without compromise as a viable setting for video games, and to a greater degree of success than past attempts. Is it a great game? I don’t know. I beat it last week and I still think about it every day, the good things and the bad things, and I think that’s significant. When all is said and done, I think RED DEAD REDEMPTION is a deeply flawed and ultimately frustrating near- masterpiece, the kind of game that may come up short but god damn, it’s got ambition. And in my book, that counts for a lot in any medium.